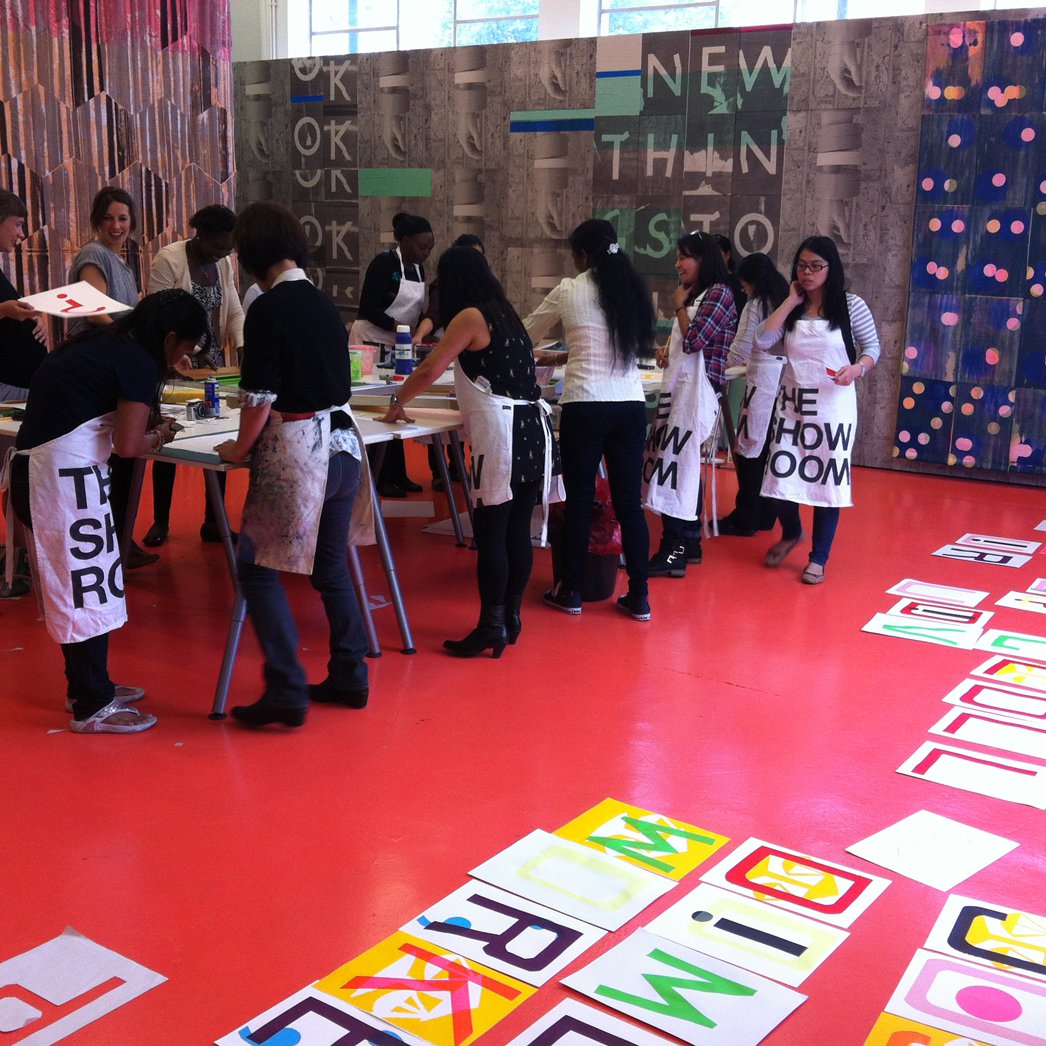 Born 1976 in Ottawa, Canada
Lives and works in Glasgow, Scotland

Working predominantly with printmaking, Ciara Phillips’ practice is both expansive and experimental. Transforming galleries and exhibition spaces into a functional studio and printing workshop, Phillips often invites individual artists, designers and different community groups to participate in her projects through the act of making art together. Influenced by the historical uses of the print and printmaking in political and social activism, as well as the often collaborative physical process of production, Phillips examines the capacity of printmaking to unite people in the pursuit of a purpose or idea. Referencing the work of artists’ collectives such as See Red Women’s Workshop and Chicago Women’s Graphics Collective, Phillips’ practice is also informed by the pedagogical methods of Corita Kent (1918–86), an American artist and educator.

Nominated in 2014 for the Turner Prize for her project Workshop, 2010–ongoing, Phillips presents a new iteration of the collaborative work at the Museum of Contemporary Art Australia. Creating a print studio within the walls of the gallery, Ciara interrupts the conventional space of the public art institution, where the audience expects to see a work of art in a state of completion rather than production. The convergence of the studio and gallery creates an indeterminate space in which the artwork remains in flux.

In this context-specific project, Phillips invites local Sydney community groups to work alongside her to produce new artworks. Phillips’ solo-made prints demarcate the area occupied by Workshop. Using printmaking as a mediating tool, Phillips develops relationships through dialogue and making, not simply public engagement: ‘... it’s about sharing ideas through the process of working together on joint outcomes. This happens best when the group has a sense of a shared identity, when they have a position and share a common goal. It’s also important that they want to connect with me, and that we have enough time to develop ideas together.’

Presentation at the 21st Biennale of Sydney was made possible with generous assistance from the Consulate General of Canada in Sydney, the British Council and Glasgow Print Studios