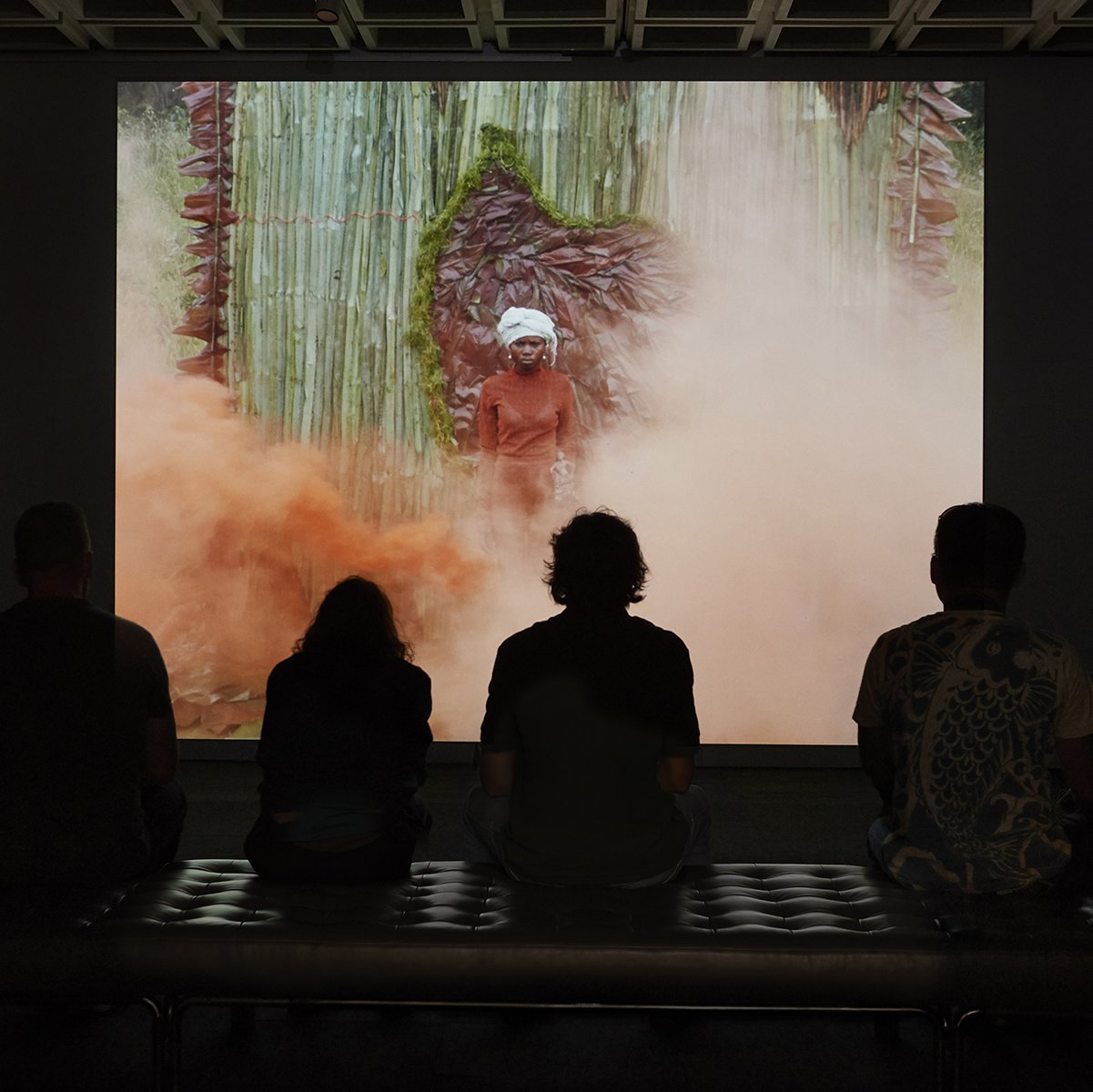 Cercle d’Art des Travailleurs de Plantation Congolaise (CATPC) with Baloji and Renzo Martens, CATPC – the artists from the plantation. A portrait by Baloji, 2018

Baloji
Born 1978 in Lubumbashi, Democratic Republic of the Congo
Lives and works in Ghent, Belgium

Cercle d’Art des Travailleurs de Plantation Congolaise (CATPC) is a cooperative that develops new economic initiatives through participating in the global art market, profitably producing and selling critically engaged art. Founded near Lusanga in the south of the Democratic Republic of the Congo (DRC) in 2014, the CATPC is well known for their remarkable sculptures, characterful figures first produced in clay before being cast in chocolate. Manufactured in Amsterdam, the world’s largest port for cocoa, the sculptures are a physical manifestation of the exploitation of labour and trade relations.

The CATPC uses profits from sales of these artworks to generate income and buy back land, where experimental, community-owned cocoa and palm oil gardens are established, based on the most advanced agroforestry techniques. By engaging in the capitalist economy in this way, CATPC reclaims the oppressive cycle of the production and consumption of goods. More recently, the cooperative has started to make films, drawings and performative works.

Dutch artist and filmmaker Renzo Martens founded the Institute for Human Activities (IHA) in 2014, a research project that seeks to artistically critique income inequality. The organisation often works collaboratively with CATPC, who together established the Lusanga International Research Centre for Art and Economic Inequality (LIRCAEI), a place for critical thought and dialogue surrounding economic disparity and labour relations.

Cercle d’Art des Travailleurs de Plantation Congolaise (CATPC) with Baloji and Renzo Martens, CATPC – the artists from the plantation. A portrait by Baloji, 2018, video, 9 mins. Commissioned by the Biennale of Sydney with generous assistance from the Mondriaan Fund. Installation view of the 21st Biennale of Sydney (2018) at the Art Gallery of New South Wales. Courtesy the artists