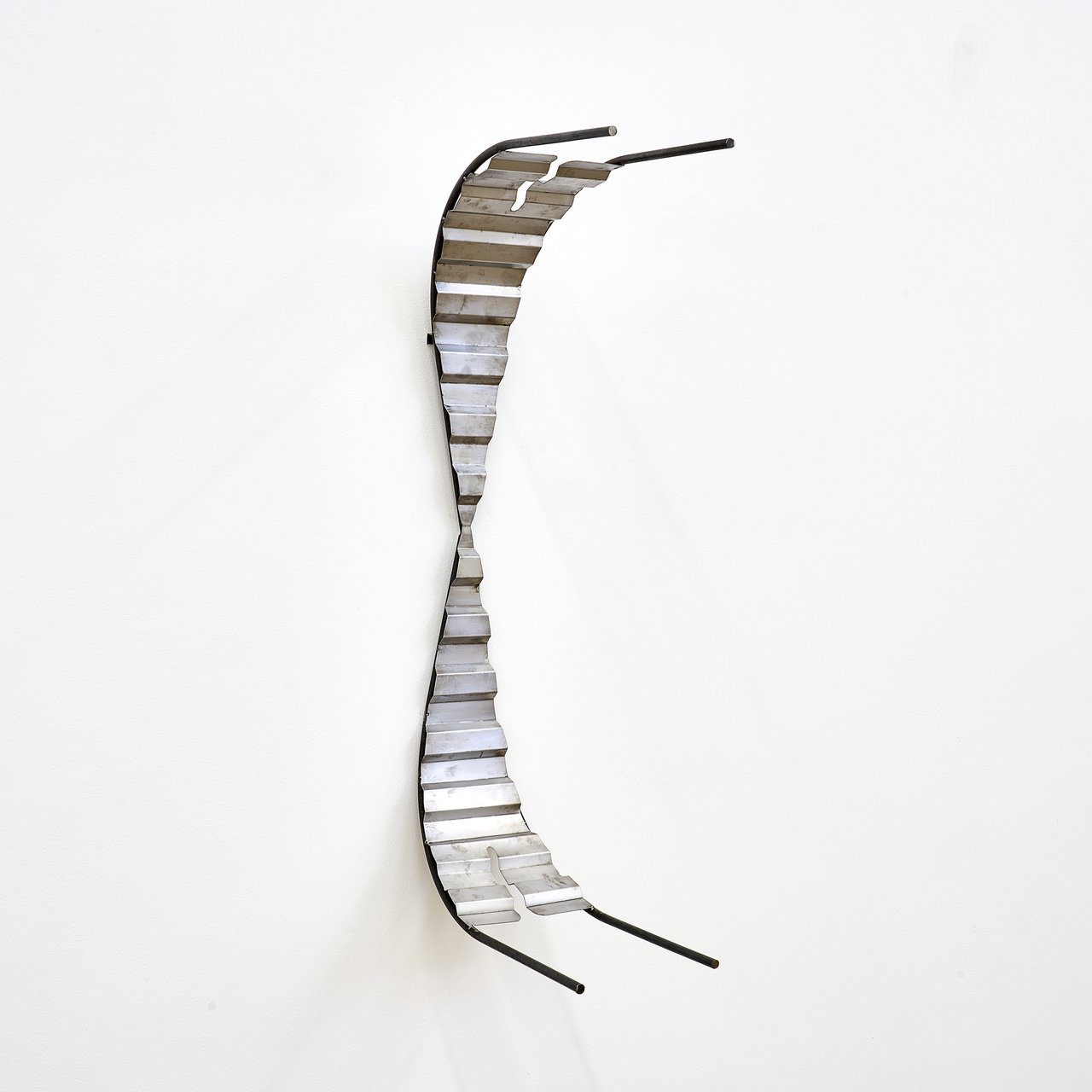 Incorporating sculpture, installation, video and performance, Bronwyn Katz’s practice engages with concepts of mapping, memory and language relative to land and culture. Katz’s approach to making is driven foremost by formal concerns such as composition and line, expressed in an abstract minimalist language. Conceptually, her sculptures refer to the political context of their making, embodying subtle acts of resistance that draw attention to social constructions and boundaries.

For the series / // ! ǂ, Katz has developed a new system of notation to signify the phonetics of an imagined creole language. Through the creation of new visual forms – realised as sculptures, an installation made of steel and copper and by incorporating aspects of sound and performance – / // ! ǂ explores, through collaboration, the interactions between the visual and the aural, taking cues from Katz’s own personal relationship to language and the voice. The titles of the works denote four selected click consonants from Khoekhoe and other near-extinct Southern African languages. The click consonants and their signifiers were the starting point for Katz’s conception of the project, informing both the visual forms or orthography and sounds of her imagined language. Primarily engaging the mouth, tongue and hands, the phonetic construction of the language further creates – by design – an awareness of the rest of the body and its gestures. For Katz, the intention for her ‘made-up’ language is to be readable through touch, sound and sight, both in conjunction with one another and independently.