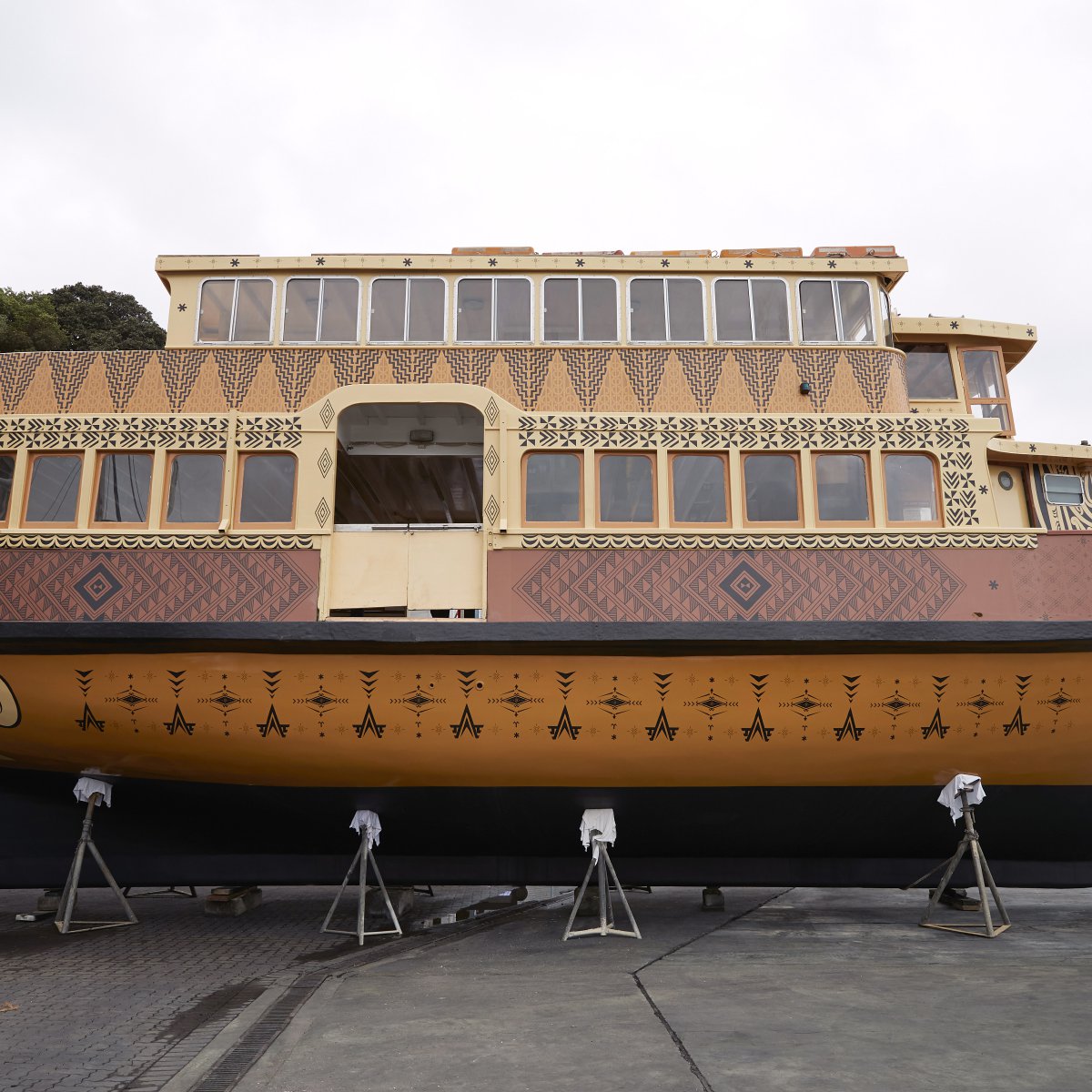 BE.
Established in 2017
Wurundjeri and Boonwurrung lands, Melbourne, Australia

"For NIRIN, BE., in collaboration with Noakes Group, mark a sailing vessel to reactivate the memory of women’s tattoo practice outlawed through colonisation.

Haiveta pays homage to the richness of Pasifika women’s markings worn by our ancestors, passed down through bloodlines that tell a visual story of our heritage, identity and culture. This tradition in many parts of the Pacific has been disrupted through the effects of colonisation and the impacts of missionaries inflicting shame for sacred practices.

The first part of her name, HAI, means heart in Toaripi language from Papua New Guinea. To express the depth of ‘big heart’ the word HAI is often used. Together Haiveta means heartfelt comforter.

Through her powerful visual presence, and migration along the waterways and channels of Sydney Harbour, Haiveta creates a safe passage to reclaim and revive the memory and continuation of this rich and important tradition. Her skin will display, in collaboration with women tattoo and illustration artists from the Pasifika, conceptual motifs to celebrate and honour traditional women’s mark-making."

A Sydney ferry called Radar was created in 1947, it is now re-born in 2020 as Haiveta and is the ‘mother’ of the Rosman boat fleet on Sydney Harbour. She remained in continuous service for more than 60 years and has undergone a complete refurbishment for the Biennale of Sydney, to form a dynamic moving artwork.

Born in Tokoroa, New Zealand
Lives and works in the Dharawal / Campbelltown, Australia

BE., ‘NIRIN HAIVETA’, 2020. Commissioned by the Biennale of Sydney with assistance from Noakes Group. Photograph: Zan Wimberley. 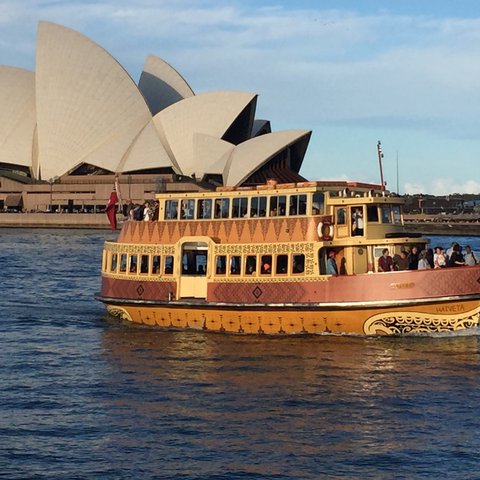 Every Saturday. Departing from Olympic Park Wharf. 10 am

NIRIN HAIVETA will transport Western Sydney residents from Parramatta to Cockatoo Island for free every Saturday. Interpreting and abstracting Polynesian, Melanesian and Micronesian tattoo motifs, Melbourne arts and cultural collective BE., in collaboration with Rosman Cruises, have created a vessel that celebrates women’s mark-making through visual representation and interpretation. 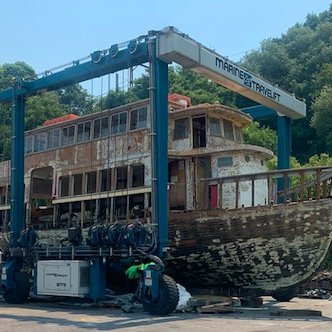 Gather by the sea as Pasi ka voices from Western Sydney bring NIRIN HAIVETA to life. Presented with BE and Rosman Cruises.