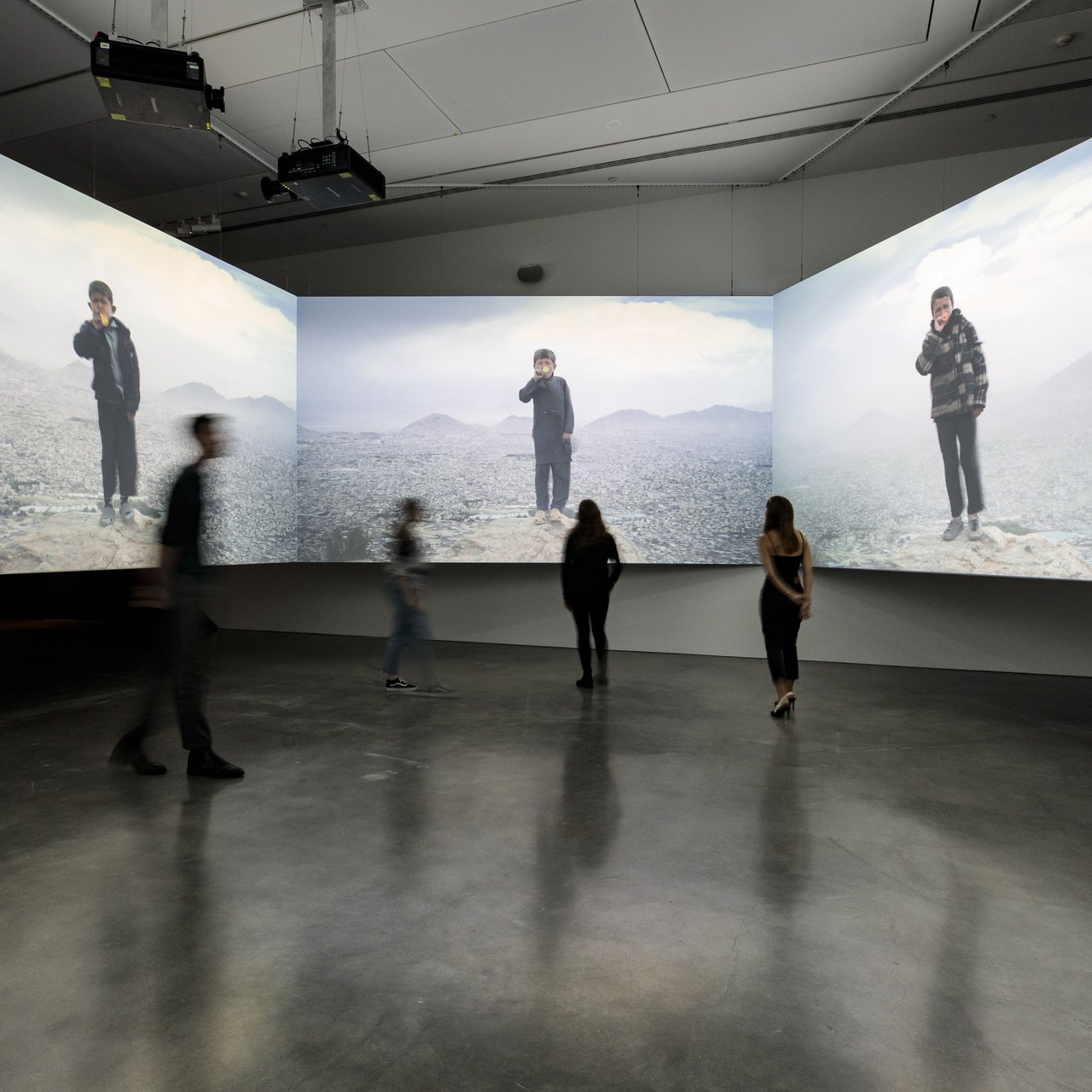 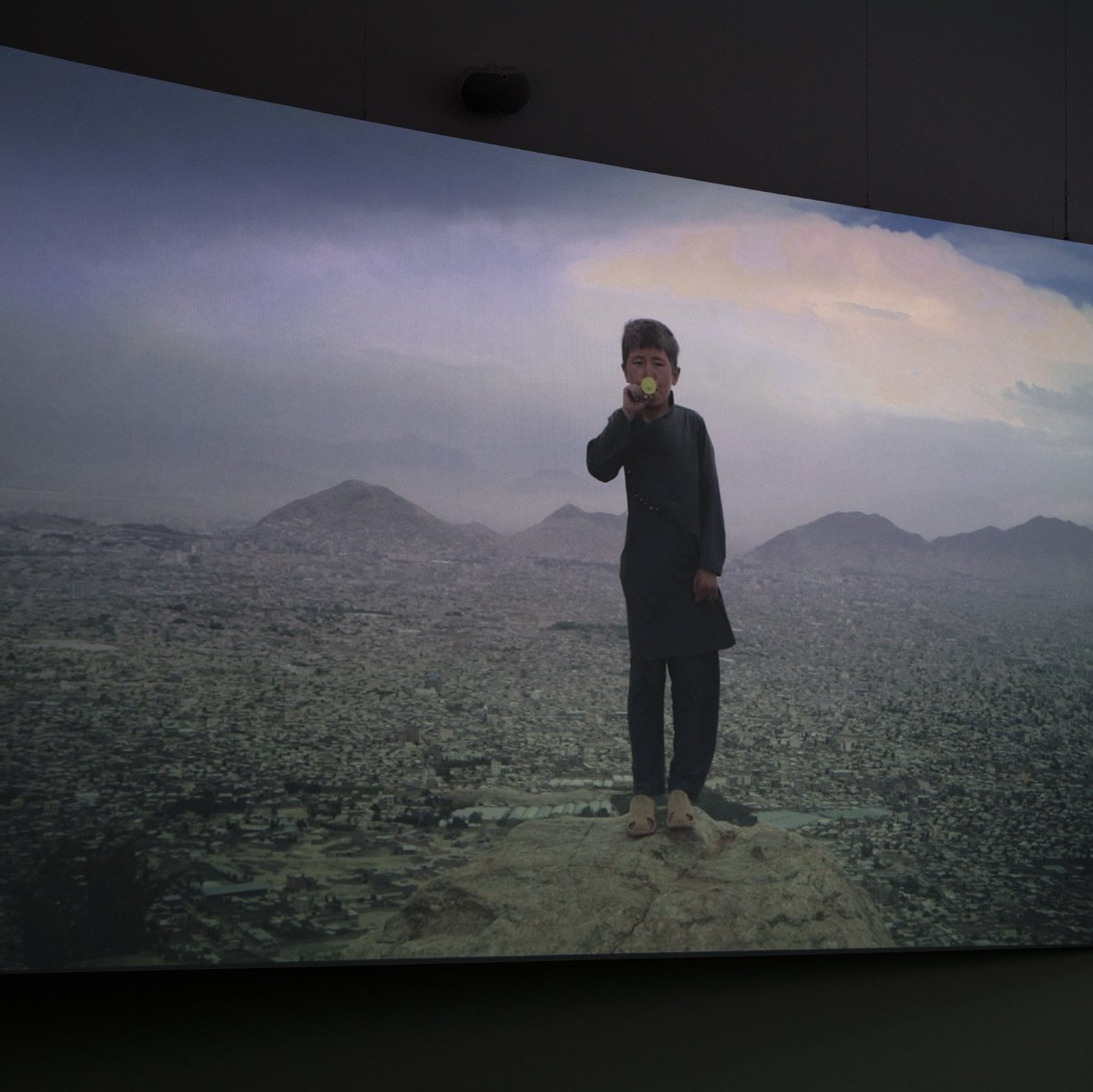 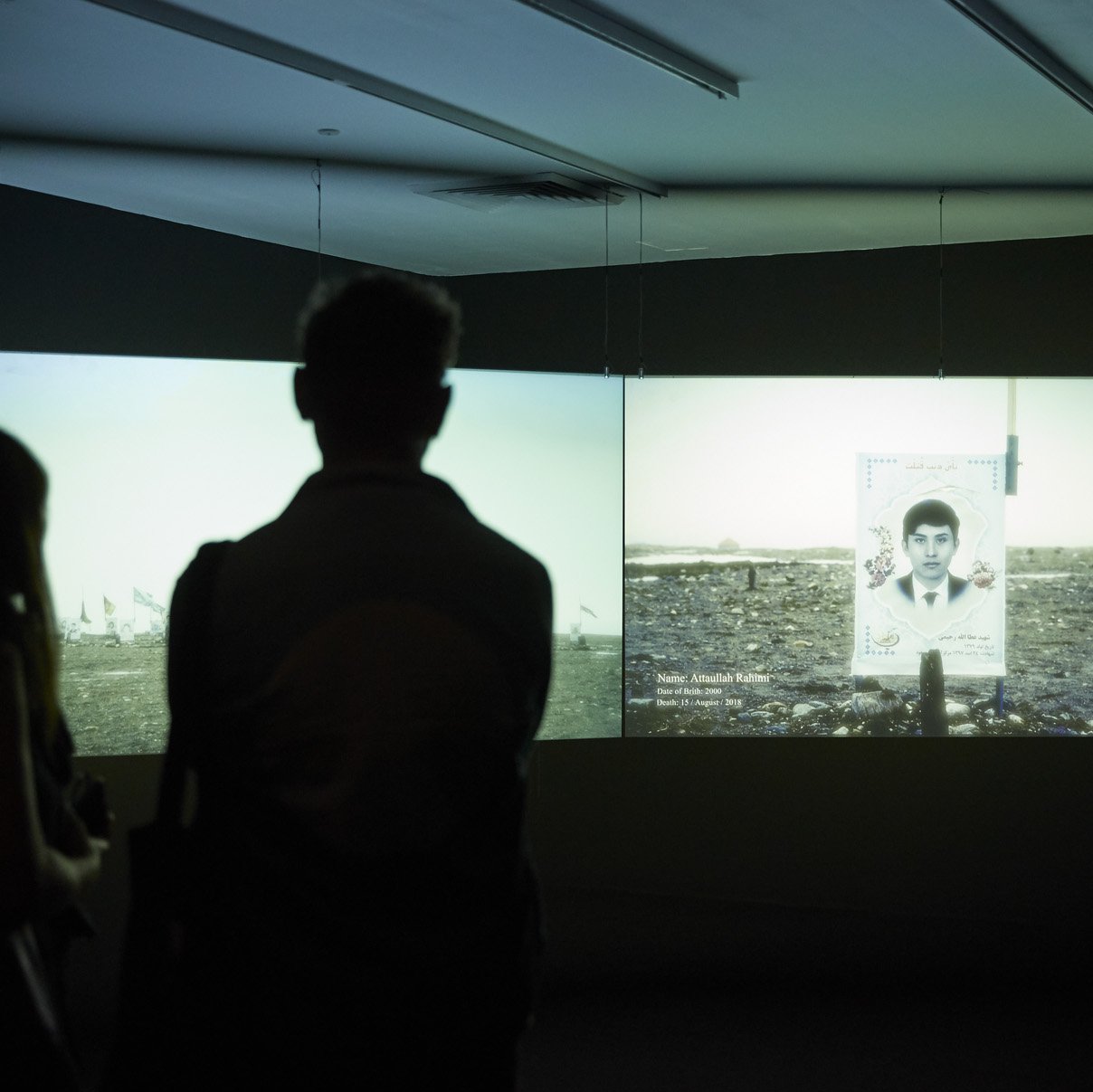 Born 1992 in Wardak, Afghanistan.
Lives and works in Kabul, Afghanistan and Ghent, Belgium

"The work has been inspired by my own experience of the recurring horrors of suicide bomb attacks that have unsettled the city of Kabul. They are a sort of ‘horror game’ and, since 2001, have taken place in different parts of the city, becoming an integral part of its recent history. The question of how best to represent this history and its effect on the lives of individuals has been one of the most persistent questions during the making of this work. Very often, the idea of representation becomes a dilemma."

The 22nd Biennale of Sydney presents the world premiere of Aziz Hazara’s video works Bow Echo at the Museum of Contemporary Art Australia, and Monument at Campbelltown Arts Centre, both made in collaboration with community and friends in his hometown in Afghanistan, on the high hills of Kabul Province. In Bow Echo, five boys climb and try to stay perched atop a large rock, battered by high winds. Their aim is to play a plastic children’s bugle to announce the urgency of their community’s plight against repression, which includes the murder of children and others. The eerie sounds express a connection with the landscape, in which many traumatic events have taken place. As other cities around the world sound their recognition of death with bugles of shiny metal, like at Anzac Day in Australia, these children’s plastic bugles are hardly heard above the howling winds.

Monument takes place at a collective graveyard and memorial, a place where families have gathered the bodies of their loved ones, killed in a suicide bomb attack at a tuition centre, which took more than forty students’ lives. Responsibility for the attack was claimed by the Islamic State of Iraq and Levant (ISIL) the day after the event.

While sensitively depicting the intimate details of a particular site of memorial in Afghanistan, Hazara’s work also functions as a broader meditation on loss and remembrance, the individual and the collective, considering ways that communities come together to grieve, honour, and celebrate lives lost.

Aziz Hazara is an interdisciplinary artist based in Kabul and Ghent. He works across mediums such as photography, video, sound, language programming, text and multimedia installations to explore questions of identity, memory, archive, conflict, surveillance and migration in the context of power relations, geopolitics and the panopticon.