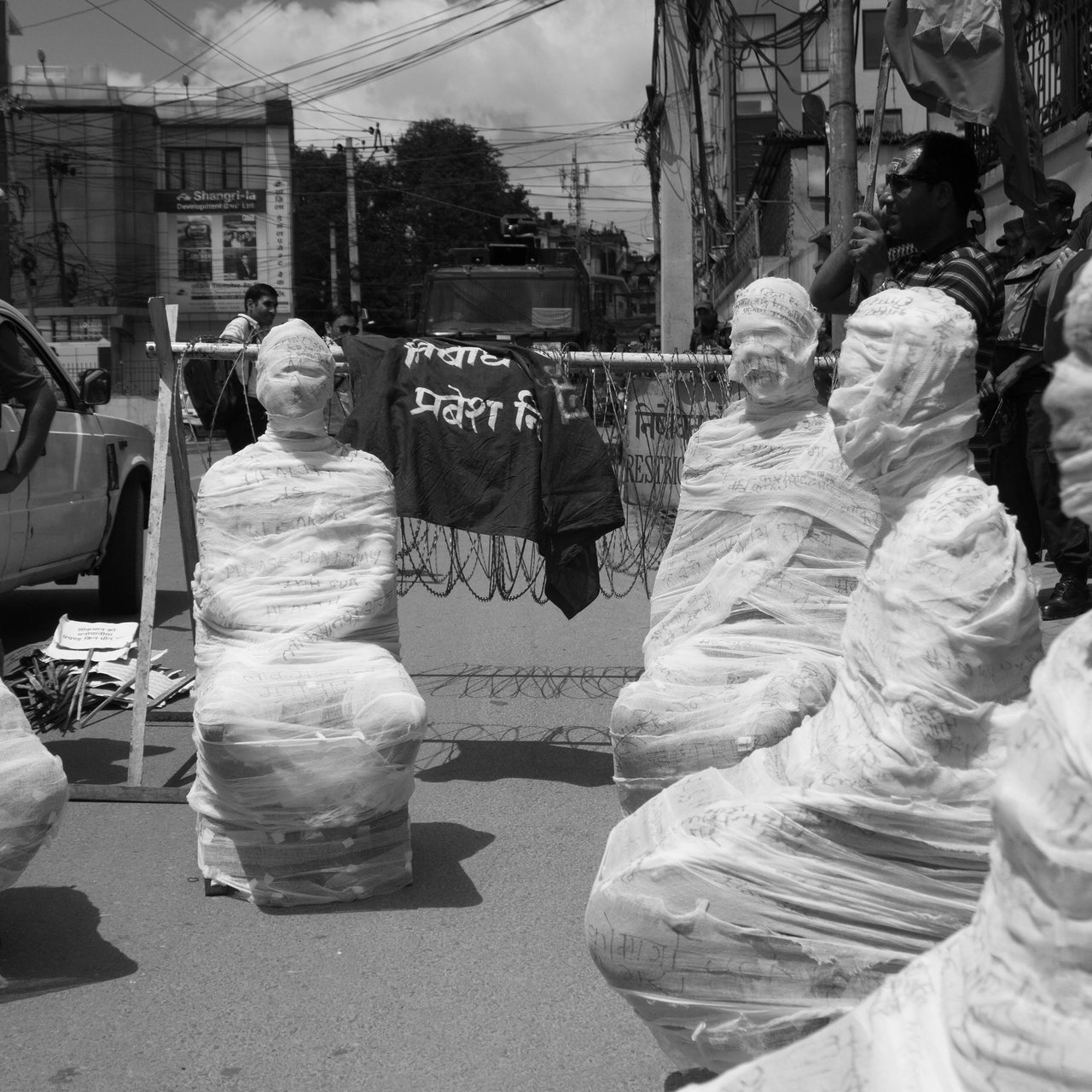 ArTree Nepal practices contemporary art with the belief that art has deep roots in social practice. The mainstream narrative of Nepal and its surrounding region have excluded the stories and experiences of numerous marginalised, underprivileged and Indigenous communities. Although there have been, and continue to be, major political changes and demands for an equal representation of diverse identities, cultures, languages and religions these have been consistently and strategically oppressed. By consciously using political and pre-colonial vocabularies, ArTree's practice draws attention to these problematic social hierarchies and invasive international influences.

The Imperial expansion and process of colonisation had an overpowering influence on non-European medicinal traditions and cultural practices across the world. In Nepal, the modern or allopathic system of medicine was introduced by the Christian missionaries in the 17th century. In the aftermath of the centuries of Western medical intervention and Nepal’s quest to adopt so-called ‘modernisation’, the older folk’s Indigenous, ethnic, communal and shamanistic medicinal and healing practices started to disintegrate and disappear, while derogatory terms such as ‘alternative medicine’ or ‘pseudoscience’ are now used to describe traditional practices.

Despite Nepal being a small landlocked country, it has tremendous geographic diversity. The land rises from as low as 59 metres to the highest point on earth – 8848 metres above sea level at the summit of Mount Everest. The physiographic zones and climatic, topographic and ecological variation across Nepal provide for a wide range of rich medicinal, aromatic plants. The herbs found in Nepal at an altitude of 3000 metres and above are considered rich in natural chemicals. Ironically, those medicinal plants, which people have been using for hundreds, if not thousands, of years have now become export goods, while presently 80-90 per cent of the drugs used by locals are imported. Increasingly, in most of the developing countries, basic needs like health, education and transportation are being systematically privatised and commercialised. Health services and medical education are unaccountably expensive. Only five percent of the population in Nepal can afford to pursue a Bachelor of Medicine or Surgery. In most rural areas, because of a lack of proper infrastructure, people have to travel long distances to the capital for even basic treatment.

Artree Nepal, Not less expensive than gold, 2020, mixed-media installation. Commissioned by the Biennale of Sydney with generous support from Open Society Foundations Courtesy the artists