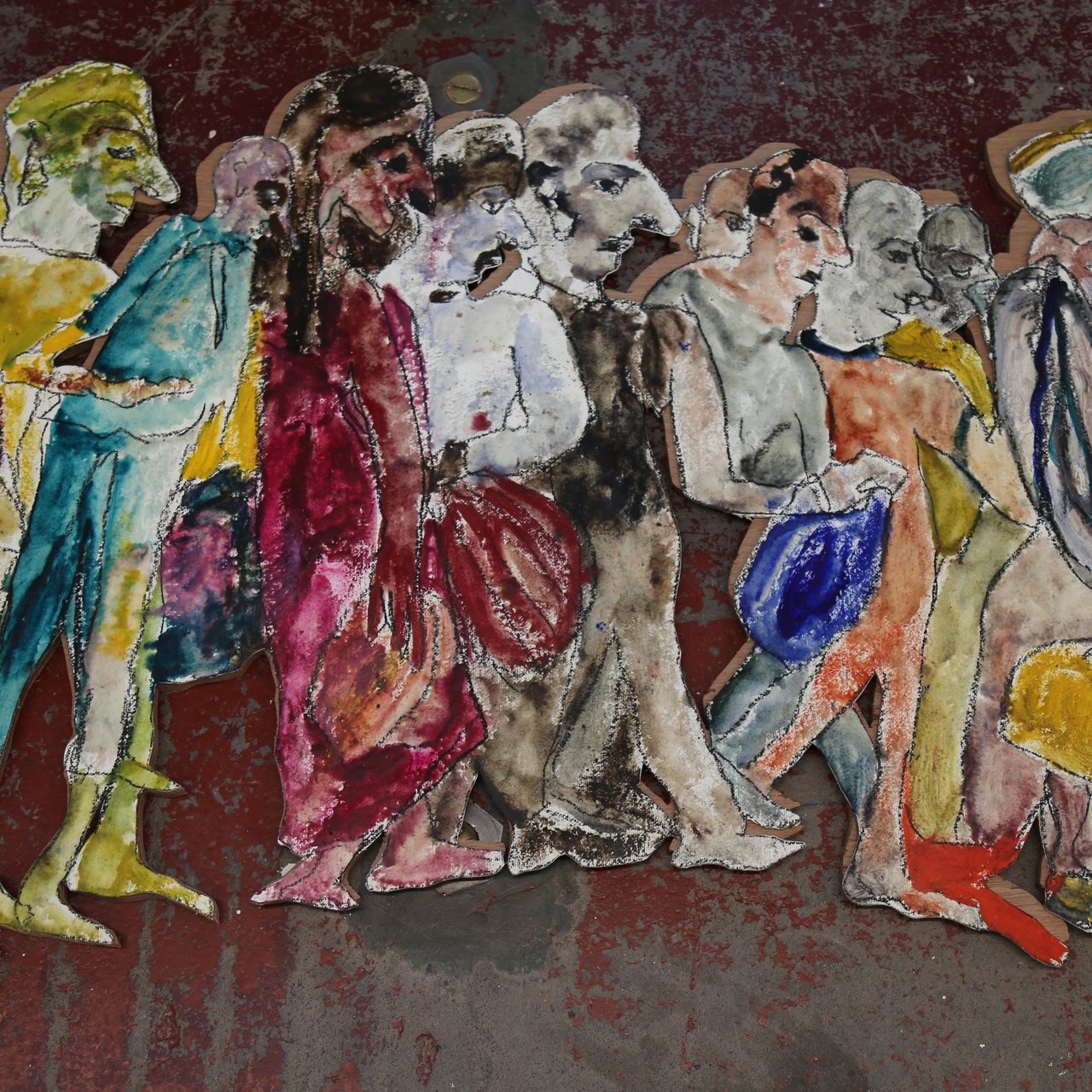 Born 1946 in Cairo, Egypt
Lives and works in Cairo and itinerant

Anna Boghiguian was born in Cairo in 1946. She studied political science at the American University, Cairo and visual arts and music at Concordia University, Montreal.

"I was born in Cairo in 1946. I studied political science at the American University, Cairo and visual arts and music at Concordia University, Montreal.

"I started travelling while I was living in Cairo, as an adventure and to broaden my views on the world migrating to Canada in my early 20s. For the past 20 years I have been travelling to exhibit my work, visit exhibitions and sometimes for adventure and pleasure.

"I produce my works onsite wherever I go, drawing on my previous experience and research.

"My work centres around the ways in which humans are uprooted from their lands due to social, political and cultural pressures and change from outside. These people have lived on their lands for generations, connected to their unique cultures and ways. These involve religion or belief languages, ways of relating to place, and myths revolving around their existence. Once a population is uprooted, so too are their languages and histories rendered irrelevant, their beliefs no longer tethered to the homes and temples in which they grew. In such a cultural genocide, people hold onto their language more than ever, and similarly once settled elsewhere, hold on to each other, closing themselves off from the rest of the society in which they find themselves. These people experience exile, as the greater society who welcomes them doesn't necessarily accept them as part of the whole."

Anna Boghiguian, The Uprooted, 2020, mixed-media installation. Commissioned by the Biennale of Sydney with assistance from the Council for Australia-Arab Relations of the Department of Foreign Affairs and Trade. Supported by Monash Architecture, Design and Art, Monash University, Melbourne. Courtesy the artist