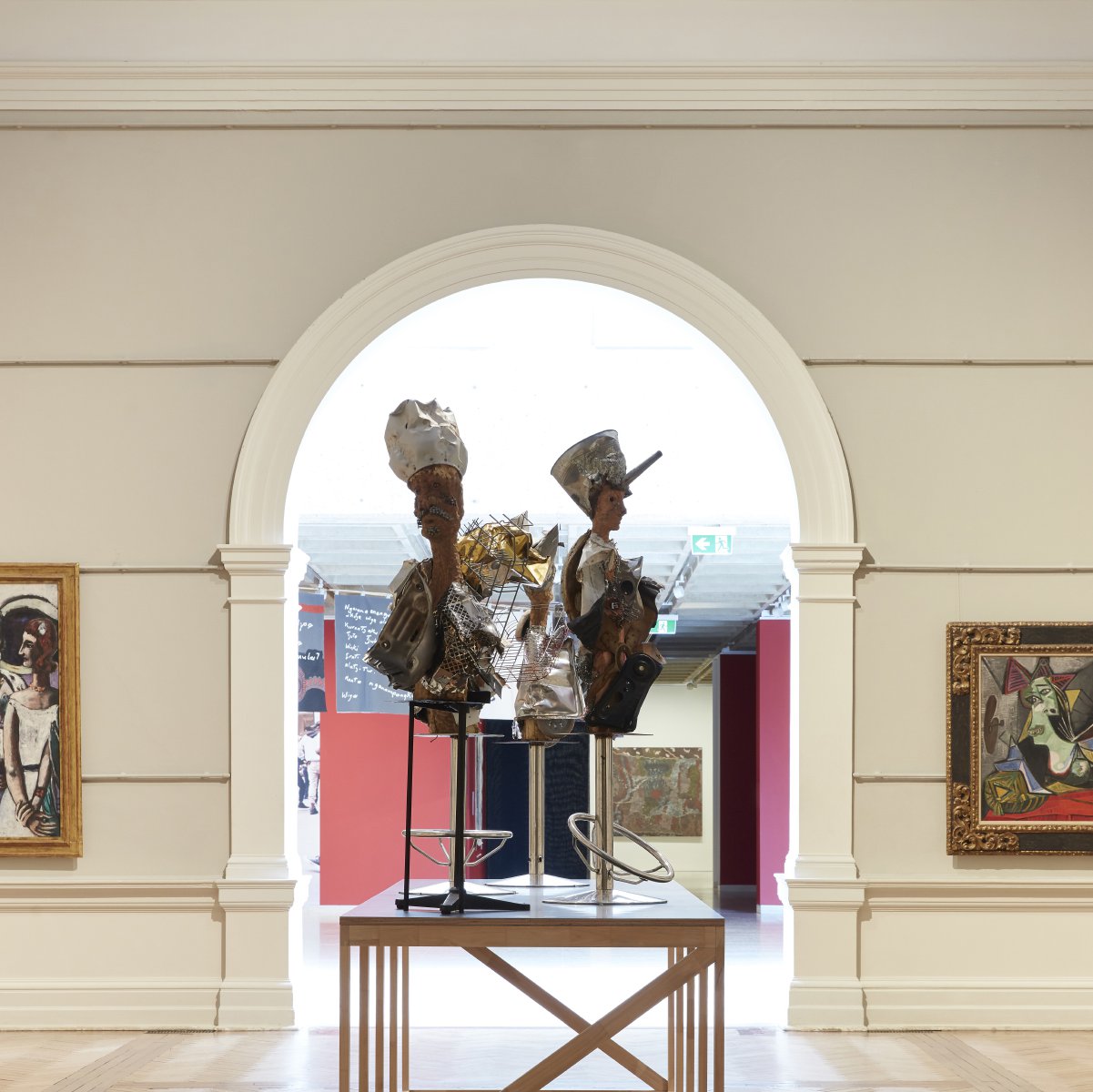 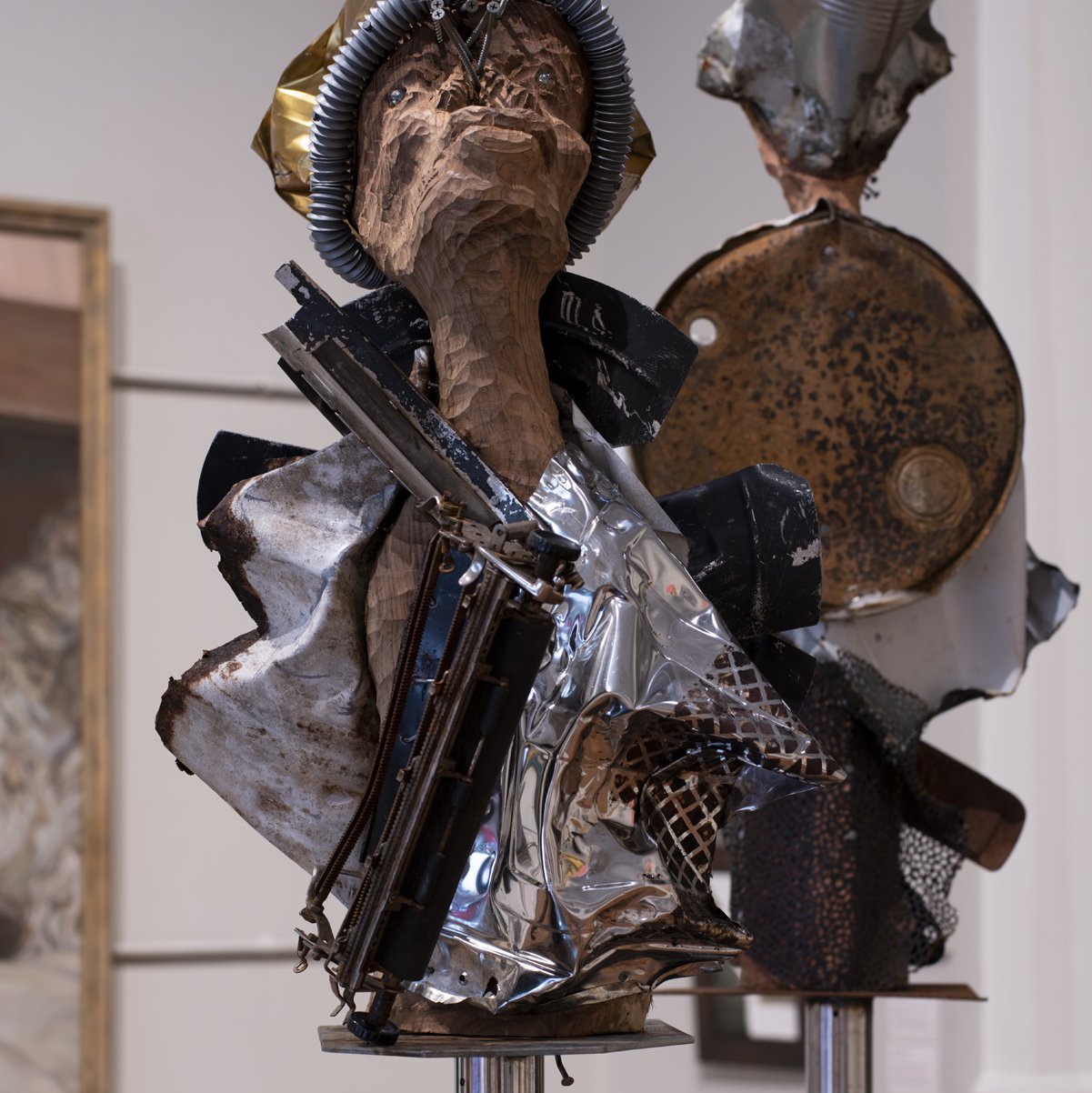 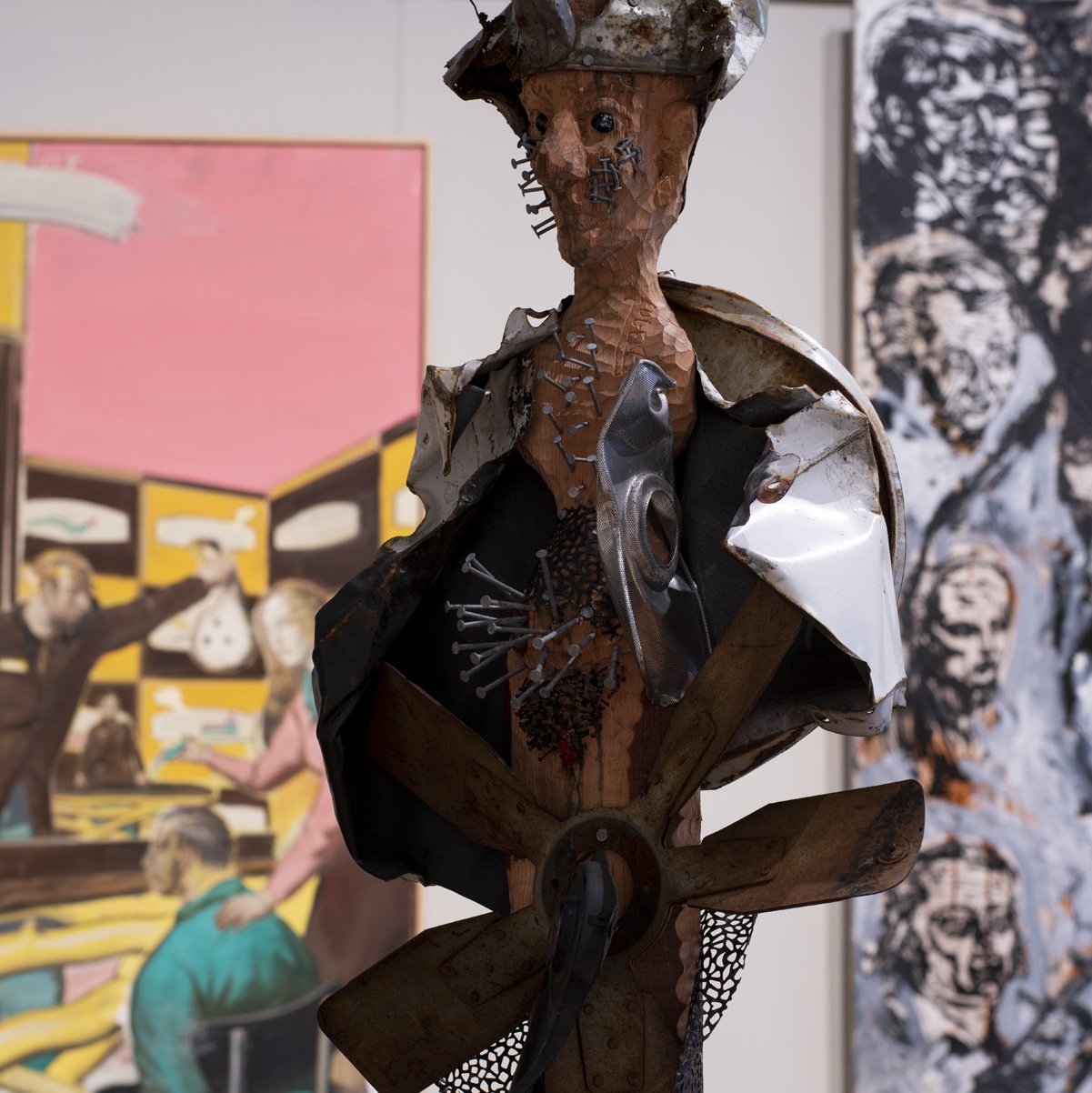 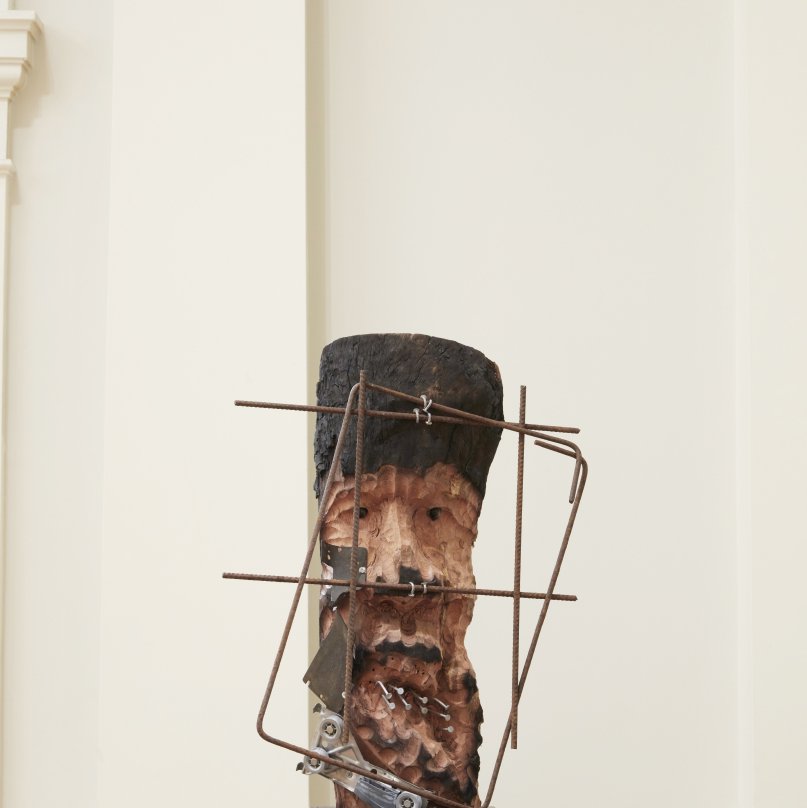 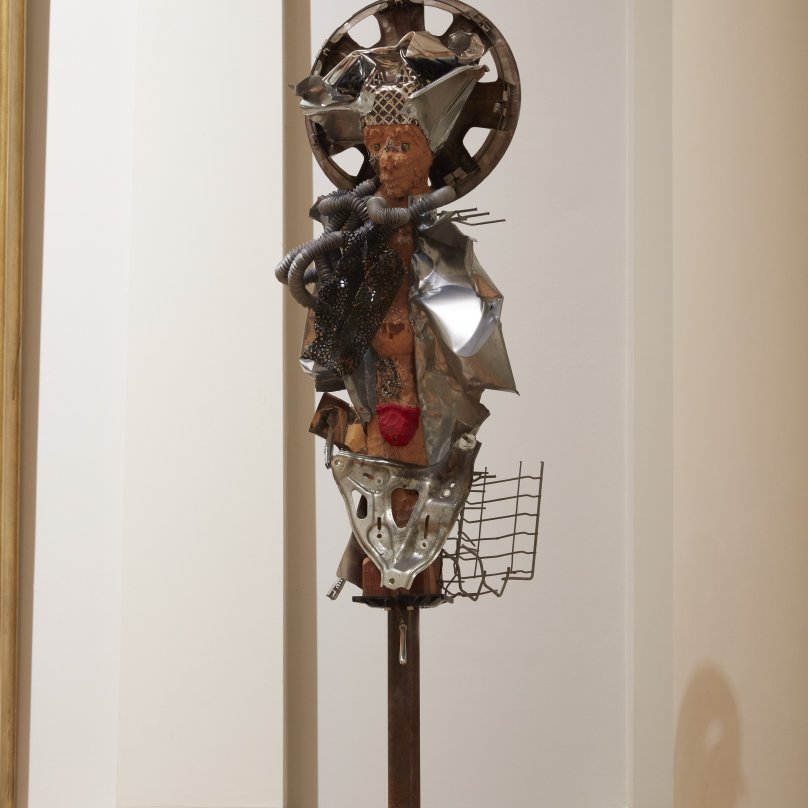 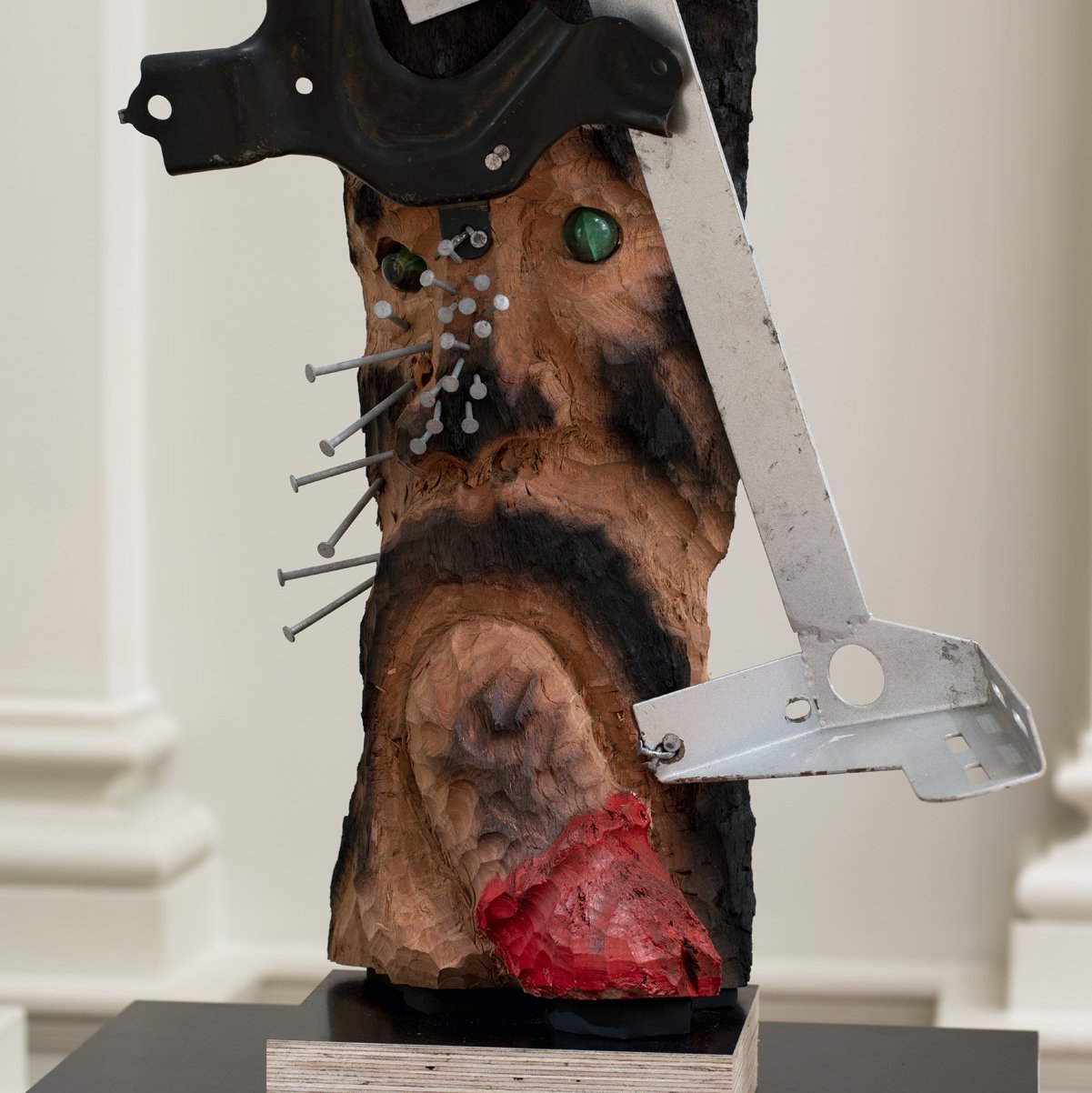 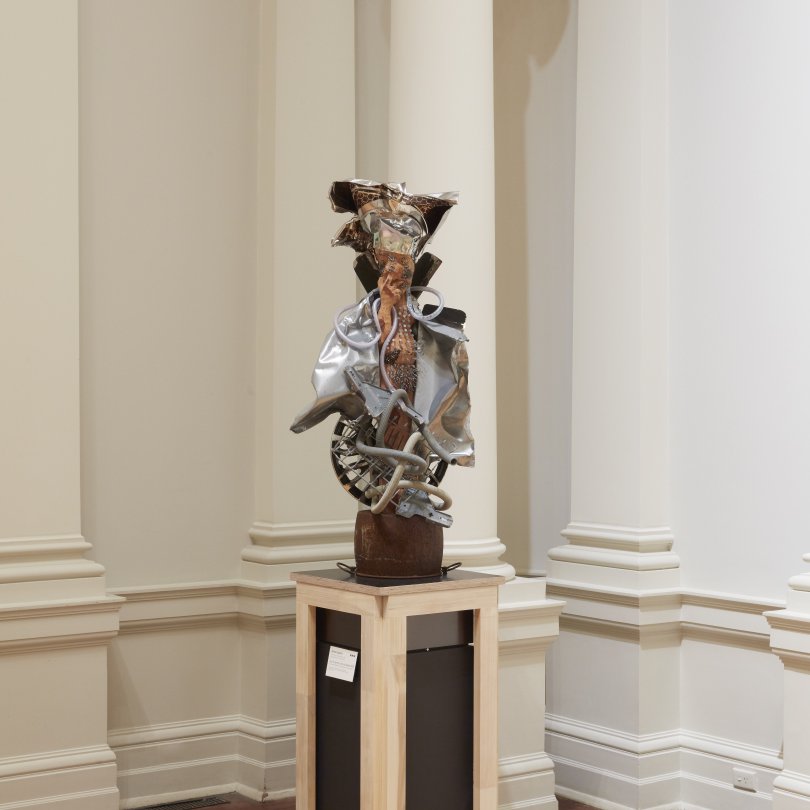 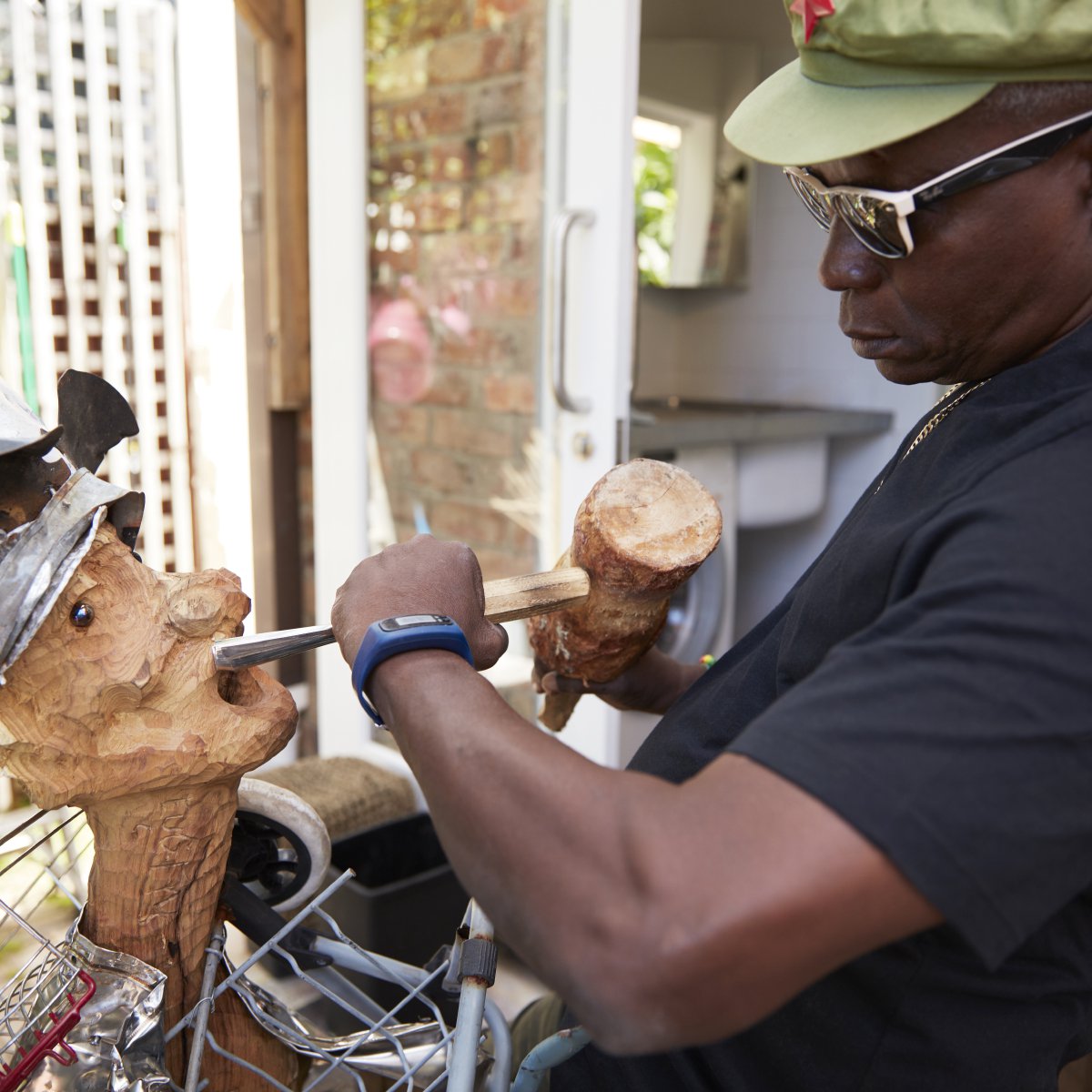 "My piece is called ‘Life & Death’ because from the moment you are born you are sucking on the breast of death. This is signified by the spirit Gede Zozo (Penis), which in a way represents how the coffin gives the whole body a place of rest. The motivation behind my work is to change the situation for life and art in Haiti and for the rest of the world to understand that Vodou is the soul of the people in Haiti.”

Andre Eugene is a leading figure and active mentor in the Atis Rezistans (Resistance Artists) – a collective who frequently work with techniques of repurposing and assemblage. Eugene makes new use of 21st-century consumer detritus, often dumped on Haiti, into fetish effigies with an apocalyptic MTV-futuristic vision. Extending his site-specific mode of working, Eugene has used local materials from around Sydney to broaden his cultural commentary on the proximate cycles of waste and regeneration that are generally kept out of sight or sent overseas. These new combinations of material debris imbue the gestures of recycling and regeneration with broader cultural, spiritual and political meanings.

Andre Eugene was born in downtown Port-au-Prince in 1959. He is a leading figure in the artists’ collective known as Atis Rezistans, and a broader movement known as the Sculptors of Grand Rue. Andre Eugene is the co-director of the Ghetto Biennale, which has been held in Port-au-Prince since 2009.

Commissioned by the Biennale of Sydney with generous support from Open Society Foundations, and assistance from NIRIN 500 patrons. Courtesy the artist. 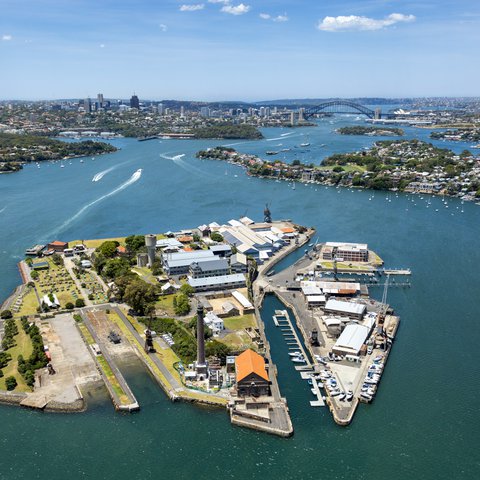 Join our tour guides in delving deeper into the artists projects and find out more about the themes behind NIRIN.