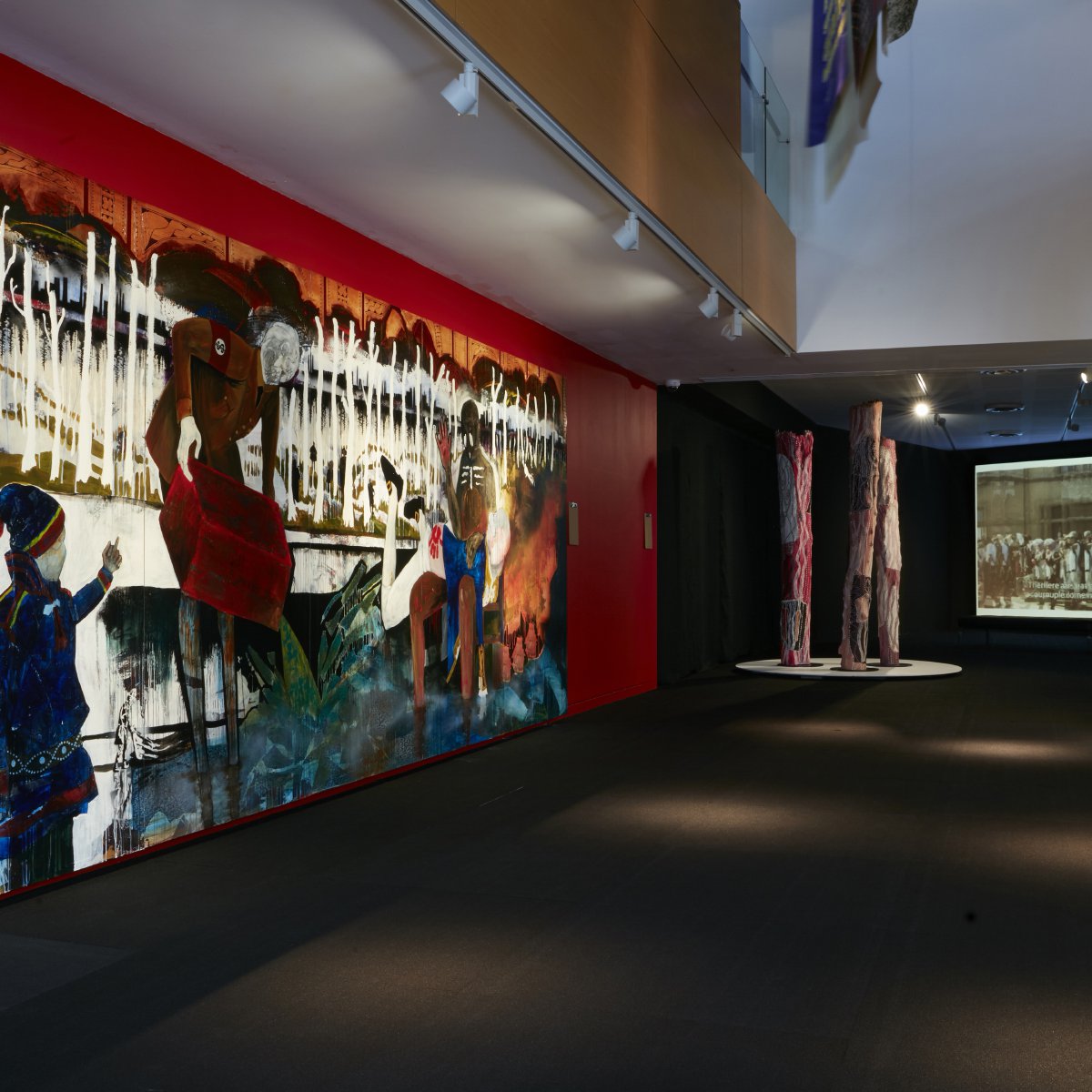 "As I grew older, I became interested in using art as a weapon in the political struggle. Imagine being able to speak all the world’s languages without saying a sound. To reach people’s hearts first and then their consciousness. The anger you are carrying suddenly finds a way to emerge but in a more creative form, stronger than iron. Art is that. During my upbringing, we did not have the financial opportunity to document our history with cameras. But with the help of each other’s memories and experiences, we were able to talk about it. And later, we could begin to make a life through art. Art has played a very important role in our family’s survival, through art life became easier for us. Eventually, people began to hear our story."

SOAÐA is a mural created on-site by Anders Sunna at Campbelltown Arts Centre, employing his dynamic mode of capturing wide-ranging political topics through epic, large-scale works. Projecting a sense of frustration and a desire to widely communicate interconnected histories and issues facing First Nations people, Sunna employs incisive critique, humour and irreverence to capture the many tendrils of the colonial project from Sápmi land to the lands and waters colonised by Lieutenant Cook.

Anders Sunna is a visual artist with different dimensions of style. Since his adolescence, he has used art as a form of political agitation. His large paintings, installations and performance acts are about the oppression he and his family experience and the struggle for their rights. Through his art he expresses a diversity of emotions that cannot be conveyed in words – emotions that are rooted in the racialisation of the Sámi, the abuses they have endured and are still forced to wrestle with today.