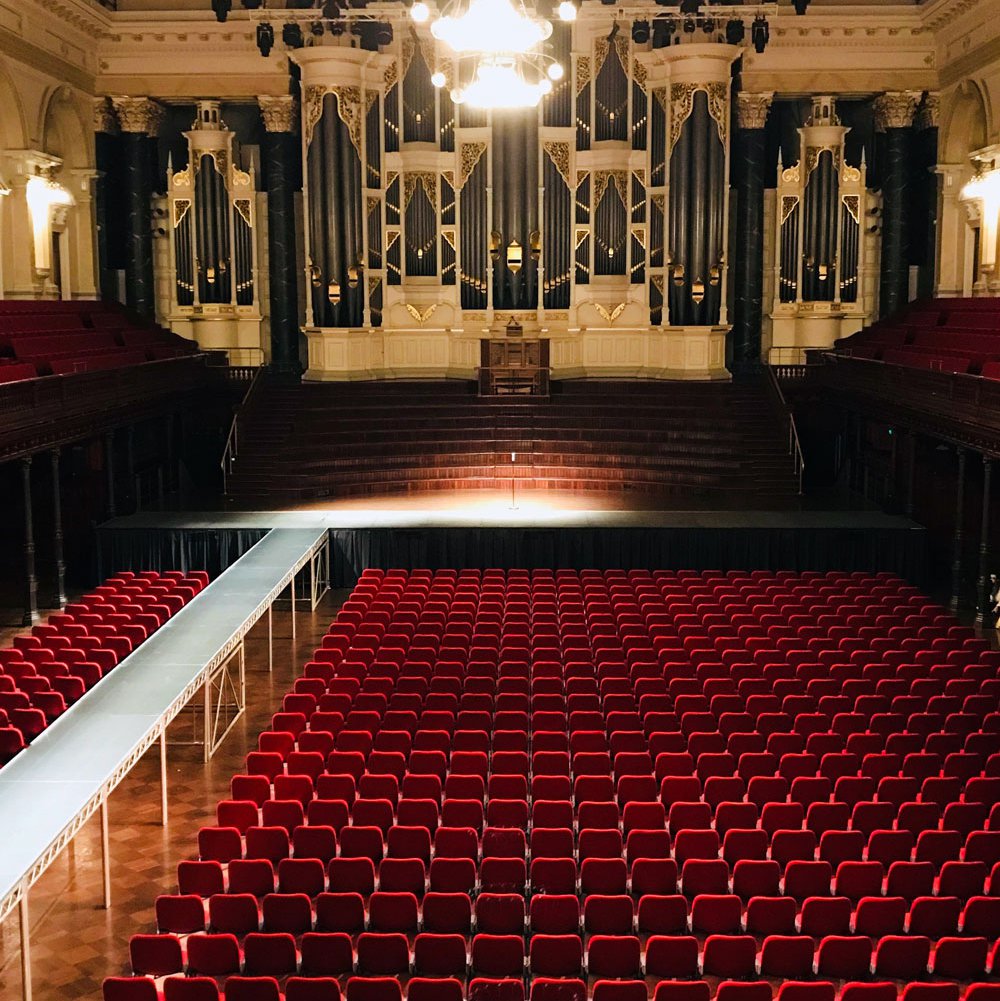 Akira Takayama, Our Songs – Sydney Kabuki Project, 2018, video documentation of performances that took place on 28 January 2018. Filmmaker: Hikaru Fujii. Commissioned by the Biennale of Sydney with generous support from The Neilson Foundation and generous assistance from Ishibashi Foundation, the Japan Foundation and the Australia-Japan Foundation of the Department of Foreign Affairs and Trade. Courtesy the artist

Born 1969 in Saitama, Japan
Lives and works in Saitama

Theatre director Akira Takayama creates projects that challenge the conventions of traditional theatre. Referring to this new theatrical platform as ‘theatre 2.0’, Takayama’s projects expand and enrich the audience’s experience through participation in performative events that treat entire cities as stages. In 2002 Takayama founded Port B, a project-specific theatre collective aimed at fostering collaborative relationships with artists and a diverse range of artistic interventions, including installations in urban space, experimental social projects, and performative tours and lectures.

Movement and migration are common themes throughout Takayama’s artistic practice. At 4A Centre for Contemporary Asian Art, Takayama presents Our Songs – Sydney Kabuki Project, 2018, a single-channel video installation that documents a performative event that occurred at Sydney Town Hall's Centennial Hall on Sunday, 28 January 2018. Inspired by Kabuki Theatre, a 400-year-old form of Japanese theatre, Takayama invited residents of Sydney, people who have come from across Australia and around the world, to share their family stories and cultural traditions through song.

Congregating at Sydney Town Hall, participants were welcomed one by one to walk to the stage along a specially constructed hanamichi, a raised path that is a traditional element of Kabuki Theatre. Meaning ‘the road of the flower’, the hanamichi is both a means of entering and exiting the stage and an integral part of the performance. Upon reaching the stage, each person was asked to perform a song, poem or story passed down from their ancestors through generations and across geographies. Participants sang to a seemingly empty theatre, the red velvet seats left vacant for the ancestors of the participant or the future generations yet to come. Takayama developed the concept for the performance from the etymological connection between the Japanese word for song, uta, and the word uttae, which implies an appeal or a call to action. Created in collaboration with award-winning filmmaker Hikaru Fujii, Our Songs – Sydney Kabuki Project is both a documentary archive of oral and intangible histories and an artwork that brings together the individual voices that make up the social and cultural fabric of Sydney.

4A Centre for Contemporary Asian Art
We're sorry,
something disconnected.