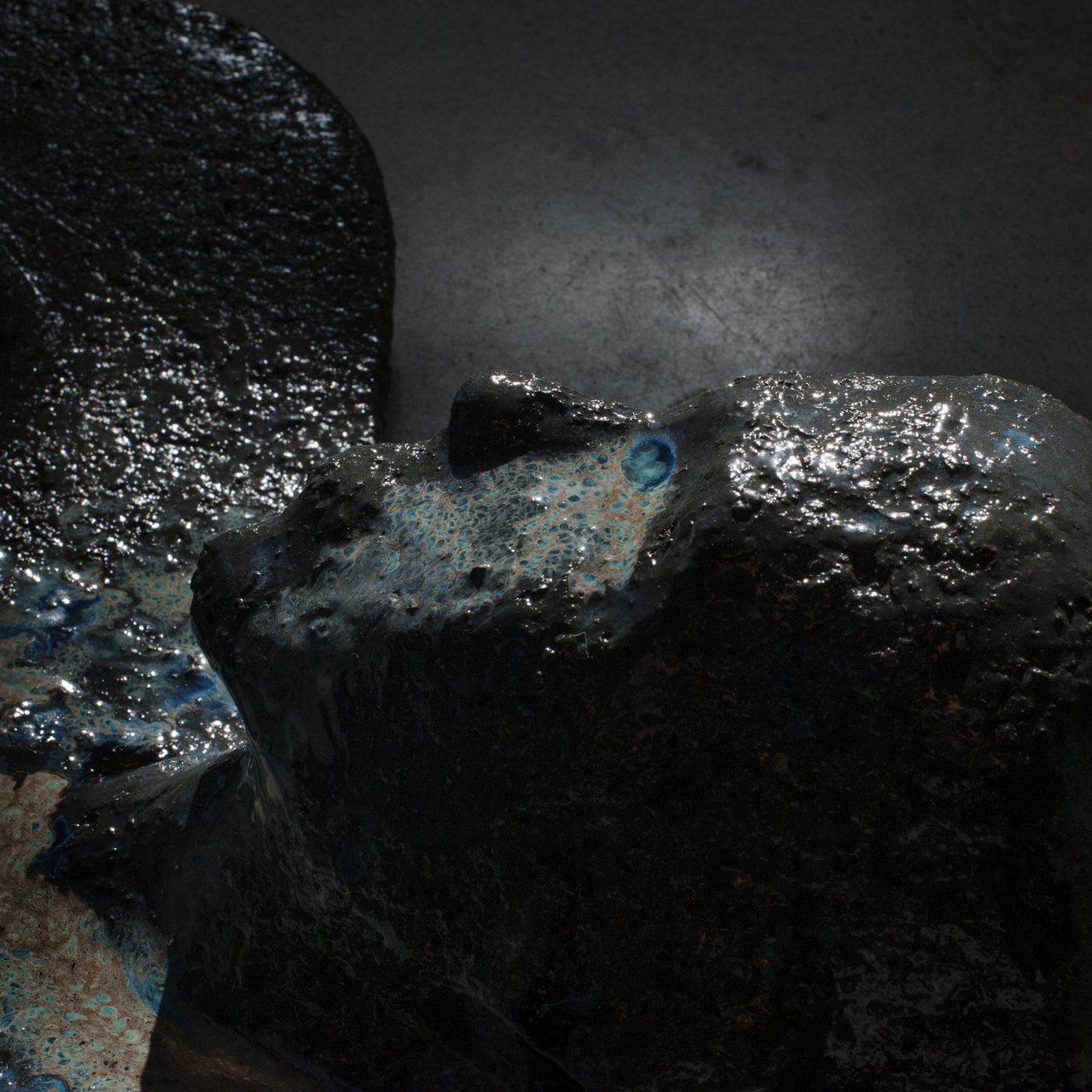 Ahmed Umar is an interdisciplinary artist and visual autobiographer. Using media including ceramics, jewellery, performance, installation and photography he explores the intersection of cultural traditions, religion and his life story. Umar's narratives are heavily impacted upon by his conservative upbringing in Mecca, Saudi Arabia and Sudan, and they often highlight the repercussions of existing outside of social and cultural norms. He uses his personal experiences as a tool to discuss the silencing, demonising and the compromising of queer lives in both the Sudanese and international contexts.

What Lasts! (Sarcophagus) is one part of a sculptural triptych that was born in the aftermath of opening up about my sexuality and being considered dead by some of my close family members. The ceramic sarcophagus is a celebration of my own death and a visual dictation of how my end can be. l protest against what I learnt as a child in Mecca: that gay people should be killed and are not worthy of a respectful end nor a funeral ceremony; and that their bodies should not be buried within a Muslim city’s boarders nor its graveyards, instead thrown out to rot in the desert.

I descend from the central region of Sudan, the land of the ancient kingdom of Kush and the black pharaohs. I pay respect to the dead, fearful and insecure part of myself with a royal blue glazed sarcophagus – a very personal house that embraces my whole body, reflecting its status and importance. On the top of the lid lies a full cast of my body in a peaceful prayer position, my head tilted to the right and my feet free and playful, like my personality in real life.