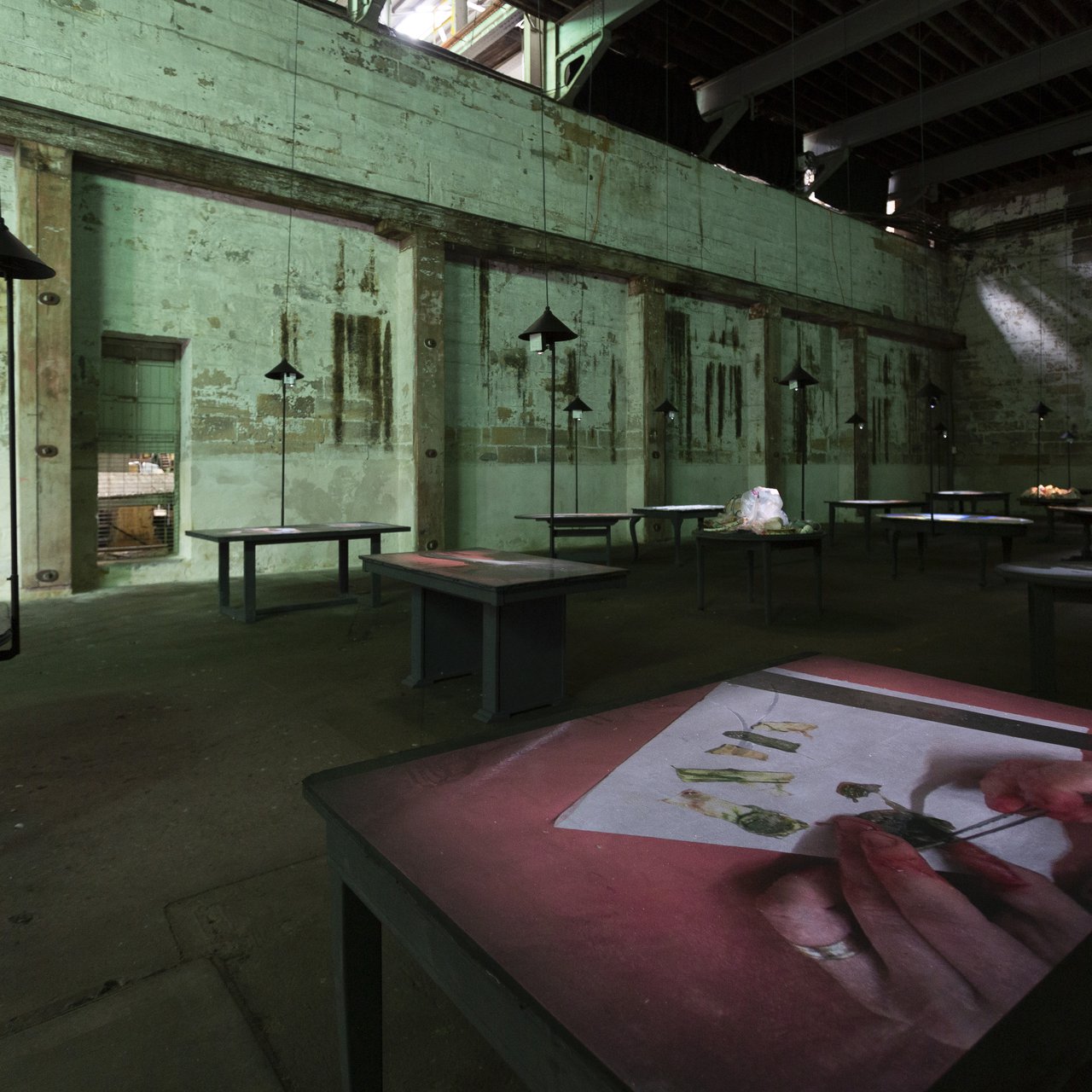 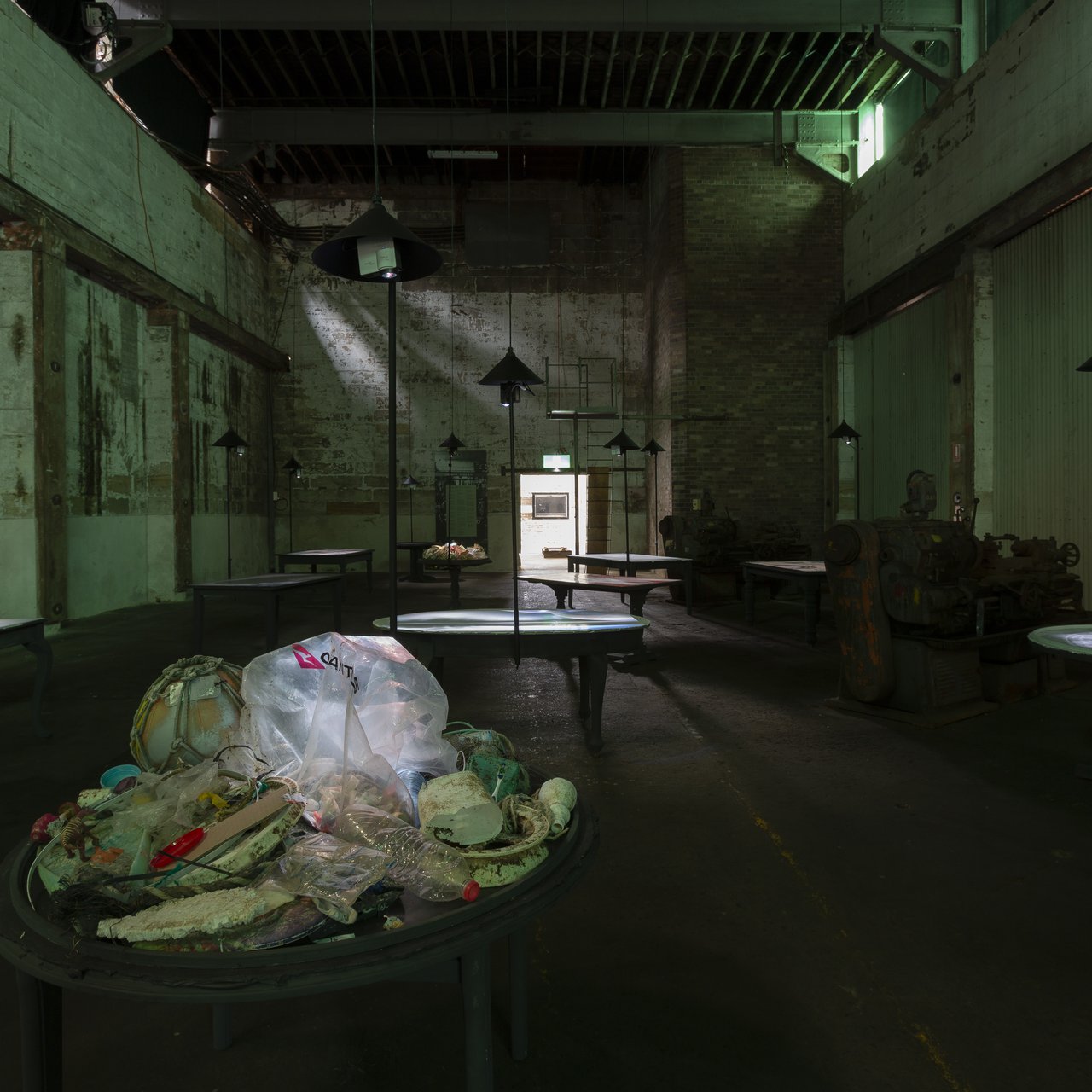 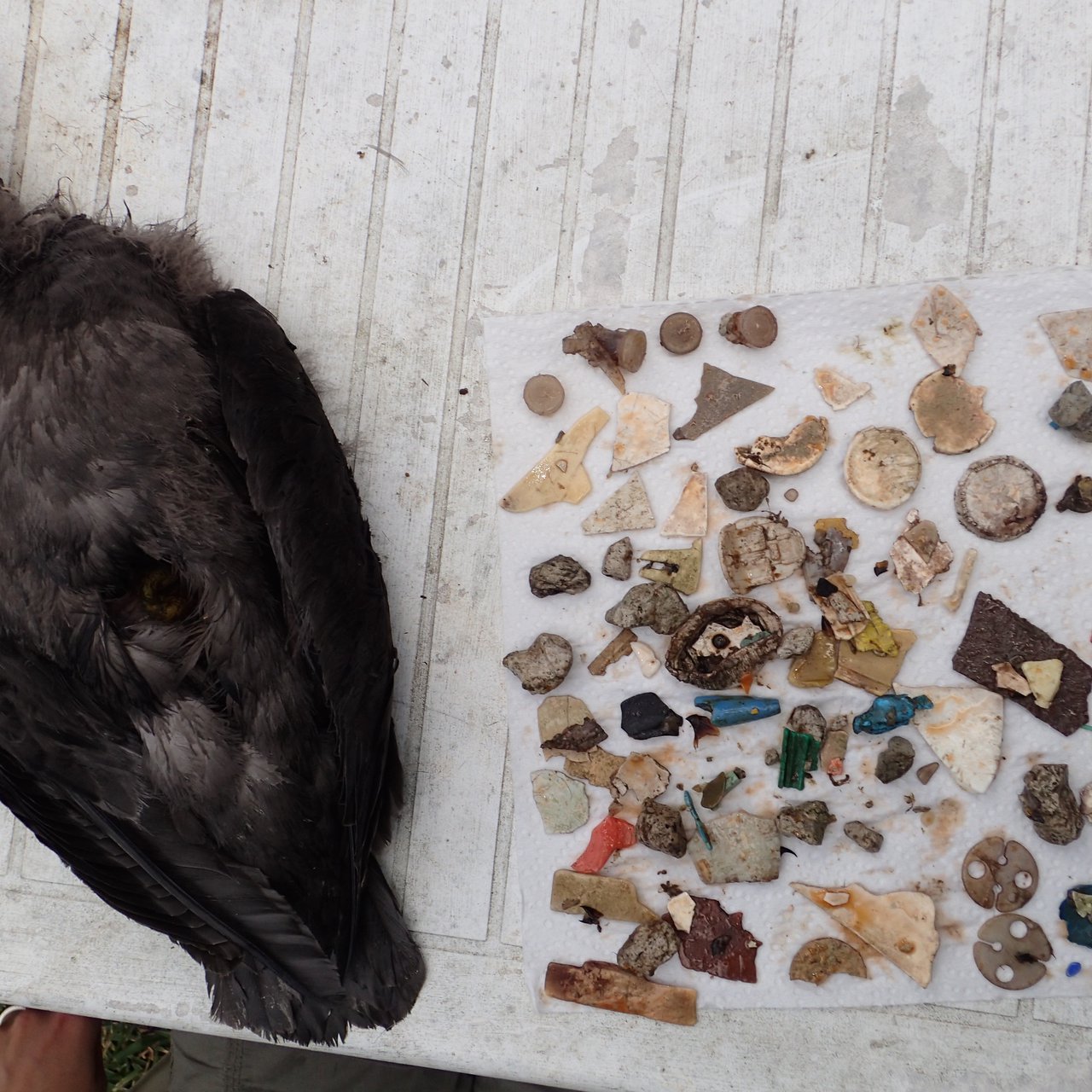 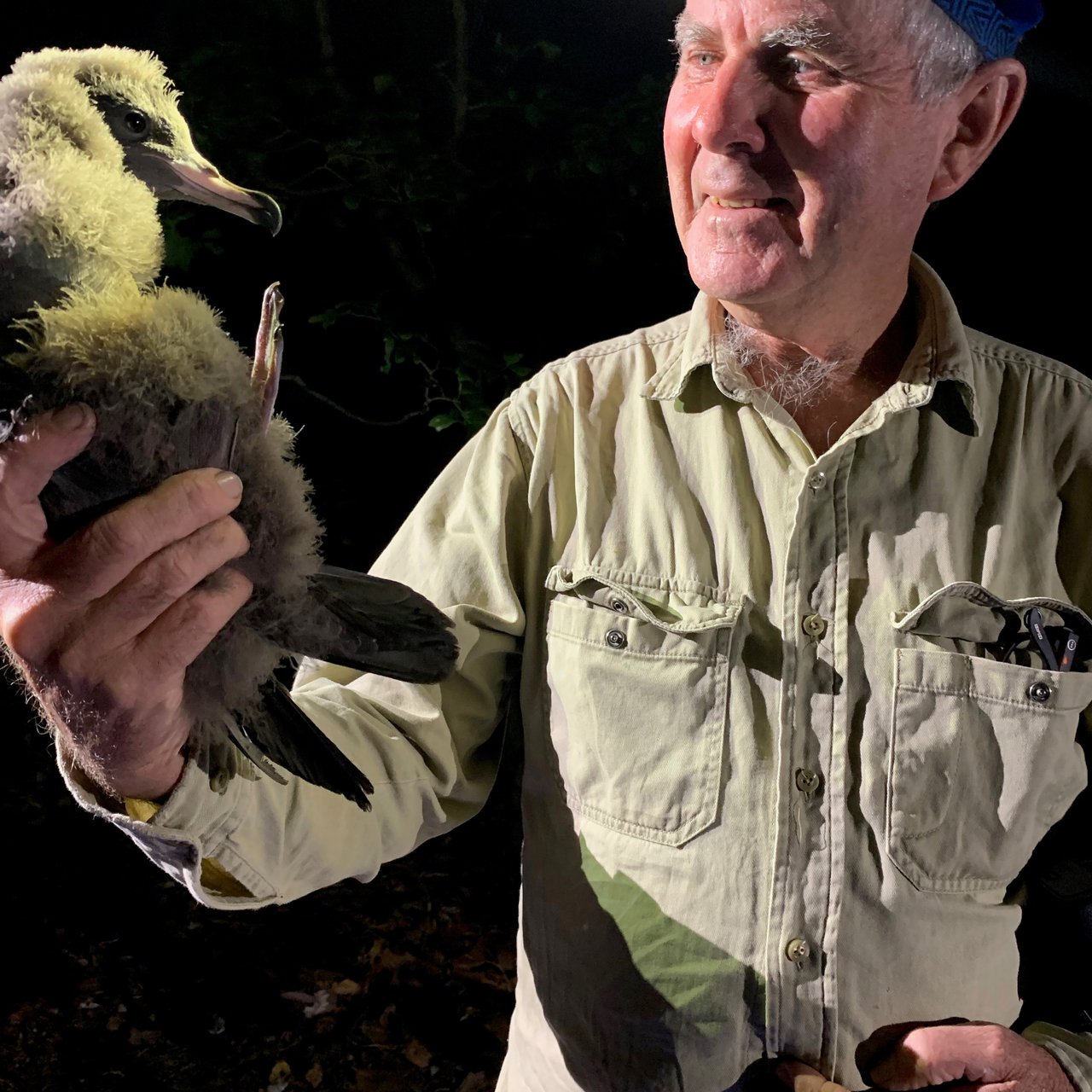 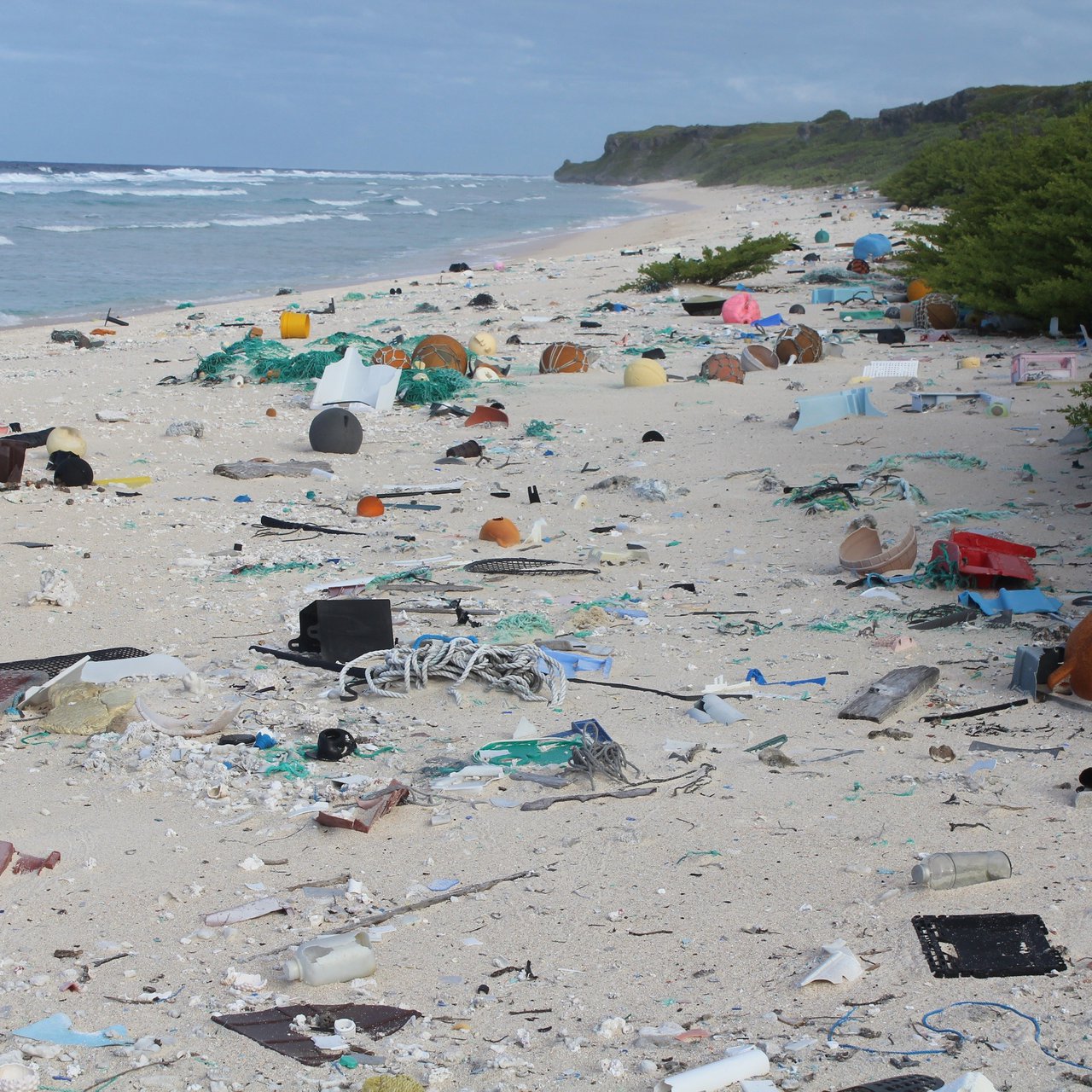 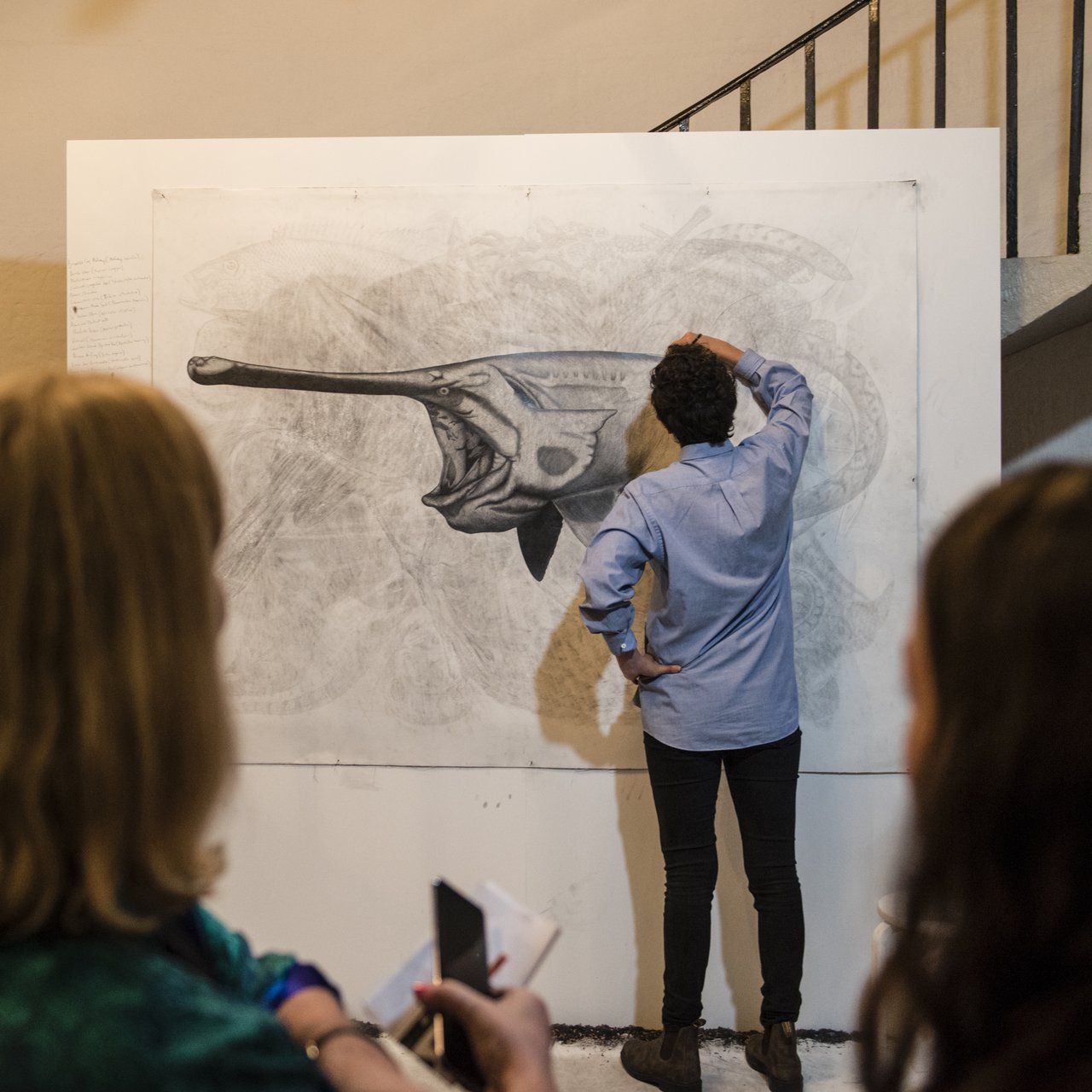 “Each table references the kitchen table in Adrift Lab’s home base on Lord Howe Island: a site of conversation, intellectual discussion, driven by curiosity and detached inquiry, a place to debrief after each day in the field, to console, to laugh, and to prepare oneself for the following day’s reckoning with the arc of human indifference. Together, the tables display what has been gathered from these endless discussions and fieldwork. This exhibit is an invitation for each of us to shed complacency and to continue the conversation, in our everyday lives, at our own tables.”

Each year in April scientists from Adrift Lab travel to Lord Howe Island where they have been researching the ongoing impacts of plastic pollution on the shearwater bird population. Rubbish is carried to Lord Howe Island by the shearwater birds who mistake the plastic for prey in the ocean. Ingestion of plastics by the birds leads to dehydration, starvation and exposure to toxic chemicals. Dr. Jennifer Lavers explains “As a scientist and a science communicator, I feel it is my responsibility to tell the story of these places and give a voice to the voiceless,” as each year, the proportion of shearwater birds recorded with plastic in their stomachs continues to rise. At Cockatoo Island, an arrangement of reclaimed wooden tables reference Adrift Lab's kitchen table on Lord Howe Island and display a number of specimens, thousands of images, hours of video, and years of scientific research by the scientists.

Extinction Studies by Lucienne Rickard presented at the National Art School encompasses a durational drawing performance and its material traces. The work is a new iteration of a year-long project where Rickard undertakes a daily reckoning: drawing, then erasing a recently extinct species sourced from the International Union for Conservation of Nature’s (IUCN) Red List of Threatened Species, the authoritative list of extinct and threatened species used by scientists globally. For this new performance of the gesture, Rickard uses the same paper that was daily drawn upon and erased, and which bears the traces, memories and indentations of this accumulative engagement with loss. Extinction Studies merges art and science, a ‘study’ being both a technical art term for a drawing or sketch done in preparation, and more generally understood as the practice of devoting time and attention to understanding a topic, in this case the process of species extinction and urgent concerns for the future of biodiversity and life in the natural world.

Adrift Lab is a group of researchers studying all things adrift in the ocean, including plastic, chemicals, and wildlife. Adrift Lab analyses data gathered at sea and on beaches to identify long-term trends and quantify the impact of marine plastic pollution. Their projects range from monitoring sentinel species, to developing tools to quantify sub-lethal effects following ingestion by wildlife. They use the information generated from their research outputs to engage the broader community and inform policy-making, with an aim to drive positive change for the ecology of our world’s oceans. Adrift Lab includes diverse graduate students and post-docs from all over the globe, who offer specialist skills in ecotoxicology, statistical analysis, and marine ecology.

Lucienne Rickard is a Hobart-based artist who was the Detached Cultural Organisation artist in residence for Adrift Lab at Lord Howe Island in 2014.

Detached Cultural Organisation responds to the challenges, complexity, and resonance of Australian and international contemporary art and society.  Established in 2008, Detached continues to be independent, elusive, and perpetually renewing. 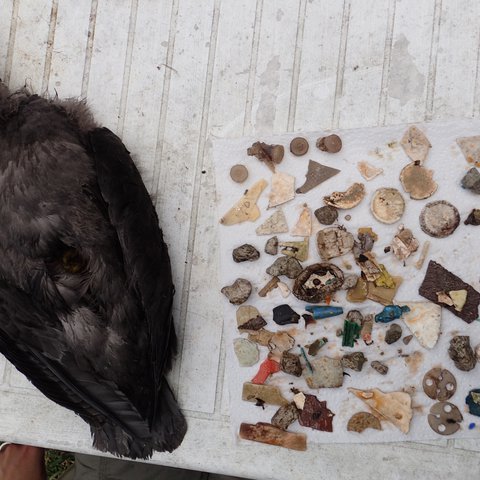 Adrift Lab, in collaboration with Detached Cultural Organisation, highlight the impact of plastic pollution on oceans and marine life by fostering a culture of curiosity expressed through art, science and education. Visit their space on Cockatoo Island for a glimpse into their research and work on Lord Howe Island.