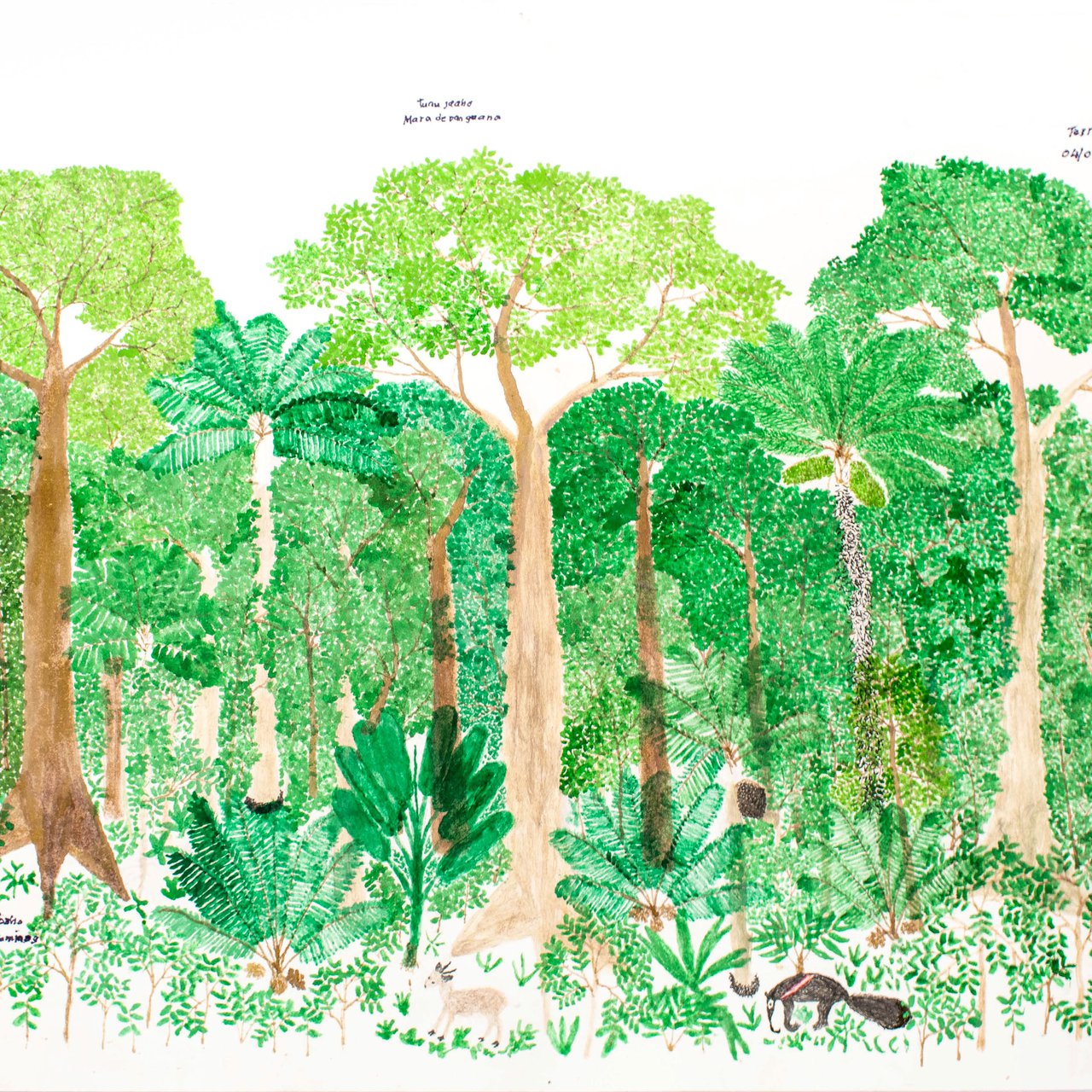 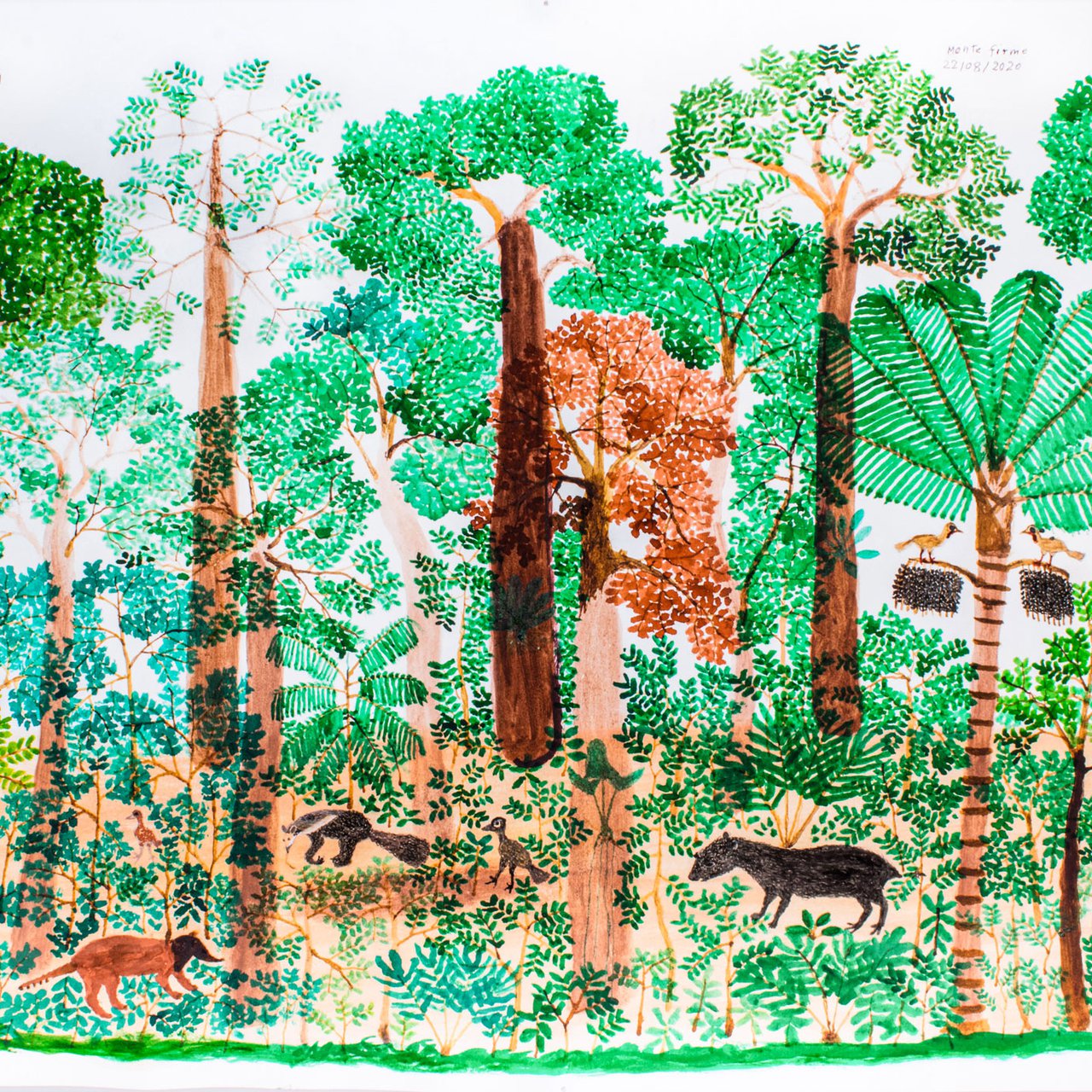 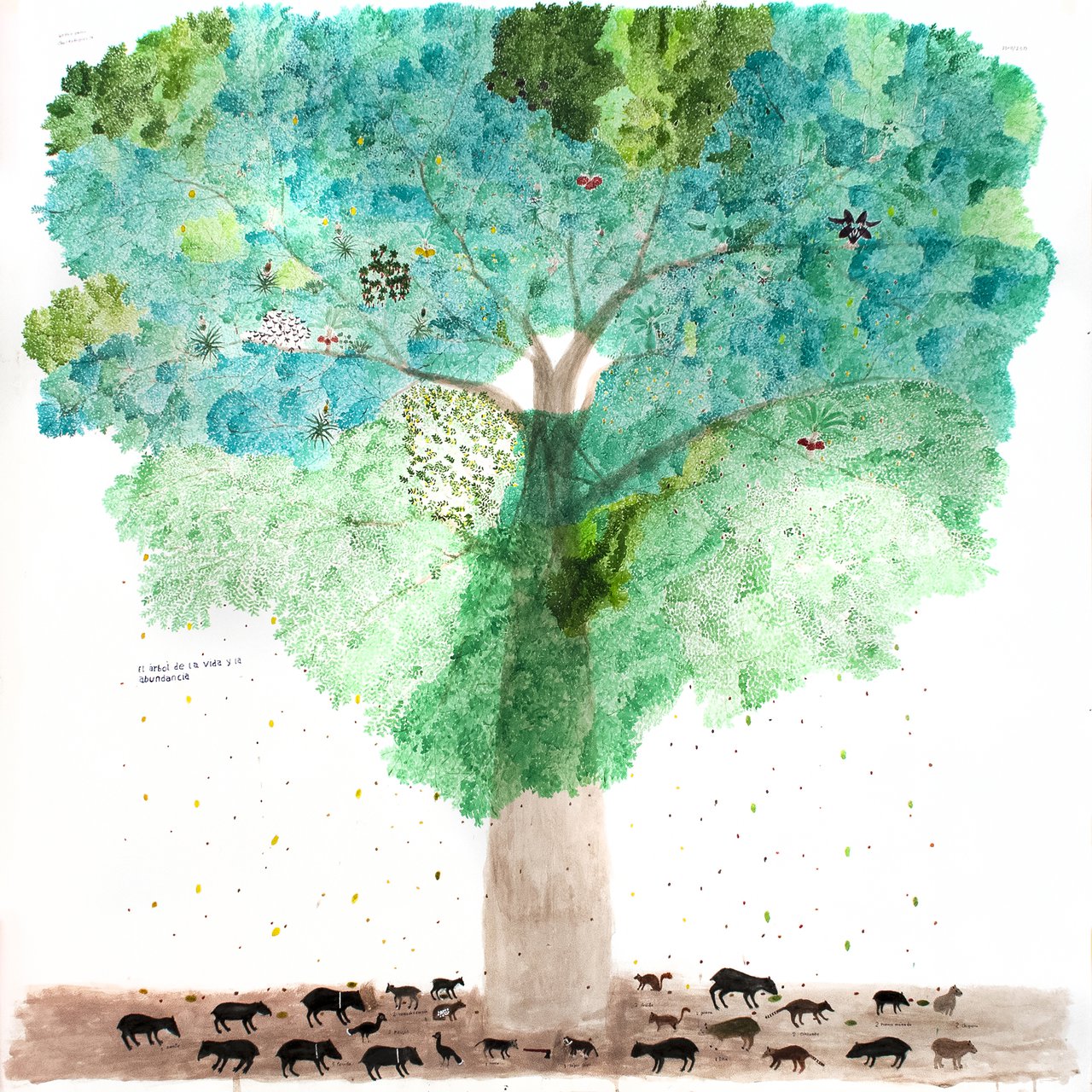 Abel Rodríguez (Mogaje Guihu) was born Nonuya on the Cahuinarí River in the Colombian Amazon. His uncle, a sabedor (man of knowledge) taught him everything about plants, giving him the role in his community as the namer of plant. In the 1990s, due to the ongoing violence in the jungle, Mogaje Guihu moved to Bogotá where he has been actively developing his practice.

Don Abel, as he is also known, has found a way to preserve his legacy by drawing his knowledge. His work has become an ancestral treasure, a gift from the jungle to this globalised, totalising and homogenised world.