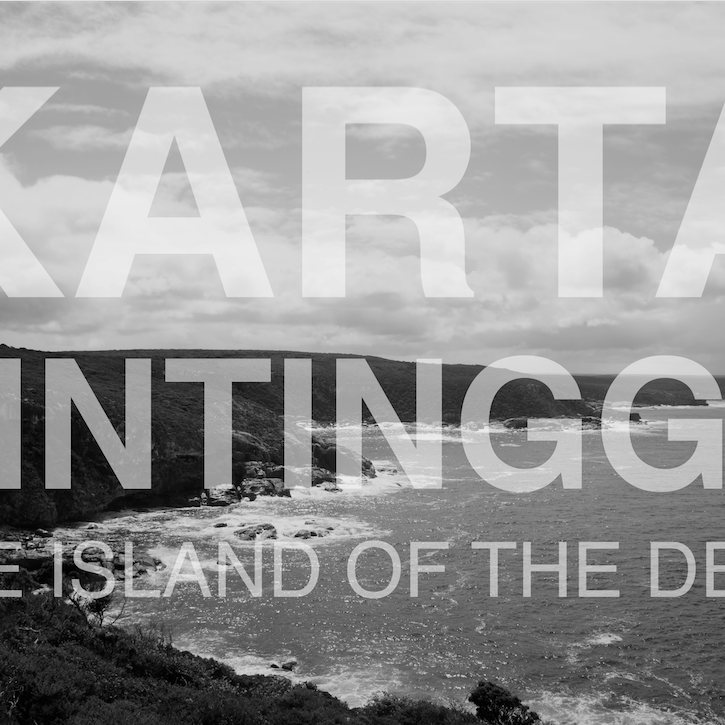 
15 Screens comprises an array of viewing screens across the venues of NIRIN, providing visitors with an alternative network of channels, immediate narratives, fictions, themes and cinematic realities by which to experience the exhibition across Sydney’s vast geography. These screens host a variety of moving image material, from artistic video work, documentary and archival footage, to infomercials, music video clips and short film. Though varied in style, these stand-alone works are united in their expression of critical issues and often marginalised histories that demand our attention.

Scattered across Biennale venues, these screens complicate an experience of each exhibition – they hide, interrupt, and re-route our paths – while also providing a guiding conceptual thread with which to pass through. 15 Screens promises to compliment and synthesise exhibition elements across venues, or conversely to derail one’s trajectory through NIRIN altogether, catapulting us along new tangents of meaning. From within their fixed and various positions, these screens spill over with content, reaching and potentially pulling us out of our rhythm to thrust us into the presence of urgent stories told with sincerity and focus. Collectively, they accentuate a kaleidoscopic effect within NIRIN, at once providing vast and varied perspectives by which to understand multiple stories, as well as the opportunity for close attention on the singular content they display.

The artists, creatives and filmmakers presented as part of 15 Screens come from a range of backgrounds and disciplines, each presenting us with unique and compelling stories. Salote Tawale plays with comic book tropes in Super, a standoff described by the gazes of the main players comprising it, and in which the artist plays all three – the helpless victim, hero and villain. Rehab Nazzal’s A Night at Home bears the conditions of the place from within which it was created, a conflict zone in the Jenin area of Palestine. What it lacks formally in terms of visibility, light and image, is in fact the most revealing part of this video. Through the dark, we the audience have to rely on our sense of sound and the whispered words of a stranger to produce meaning. Elsewhere, James Tylor’s visual essay Karta Pintingga (The Island of the Dead) captures a sense of place on Kangaroo Island as well as its complicated and competing histories, while short films from the Bophana Audiovisual Resource Center in Cambodia offer us a fresh perspective through which to relate our own lives to a sense of humanity, perseverance and family.

Each element of 15 Screens adds to, streamlines and probes through the chorus of voices comprising NIRIN with real expressions of strength, resilience and joy, even in the face of hardship. Together they form a framework from within which to orient ourselves in the direction of new truths, identities and experiences.

Born 1983 in Pará, Brazil
Lives and works in Sao Paulo and Pará

Born 1983 in Rio de Janeiro, Brazil
Live and works in Ubatuba and itinerant

Born 1981 in Lithgow, Australia
Lives and works in Tasmania, Australia

IraQueer is Iraq’s first and only LGBT+ led organisation. All projects are implemented inside Iraq except for its international advocacy, which it undertakes in concert with state mechanisms and the United Nations. IraQueer has produced a series of animated videos highlighting the misconceptions around being LGBT+ in Iraq. These misconceptions label LGBT+ Iraqis as mentally ill, sinners, and outsiders to Iraqi society. IraQueer has produced these videos in local dialects, to highlight the fact that LGBT+ people are no different than anyone else in these societies.

The Bophana Center acquires film, television, photography and sound archives on Cambodia from all around the world and gives free public access to this precious heritage. For Cambodians, it opens the door to large swathes of memory. From the very beginning, the Bophana Center’s main objective has been to offer young Cambodians vocational training as well as professional support. Thus, archivists, film and audiovisual technicians as well as young filmmakers have been trained at the Bophana Center.

Born 1976 in Suva, Fiji
Lives and works in Sydney, Australia