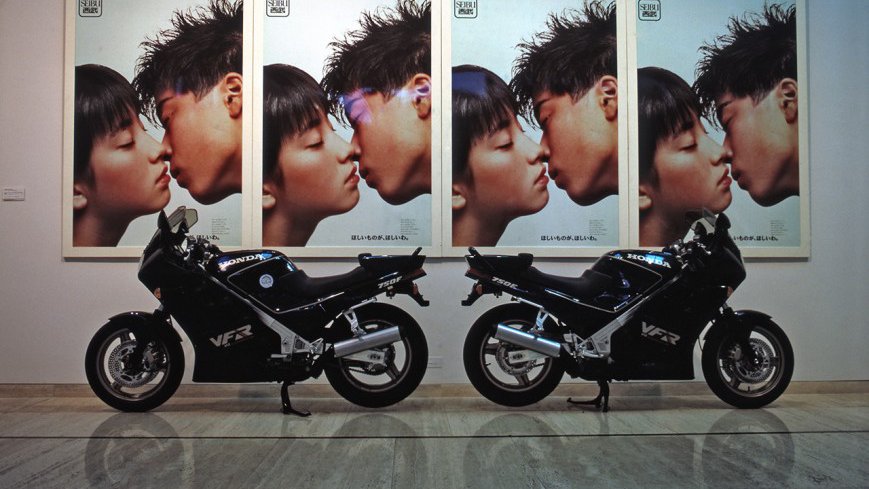 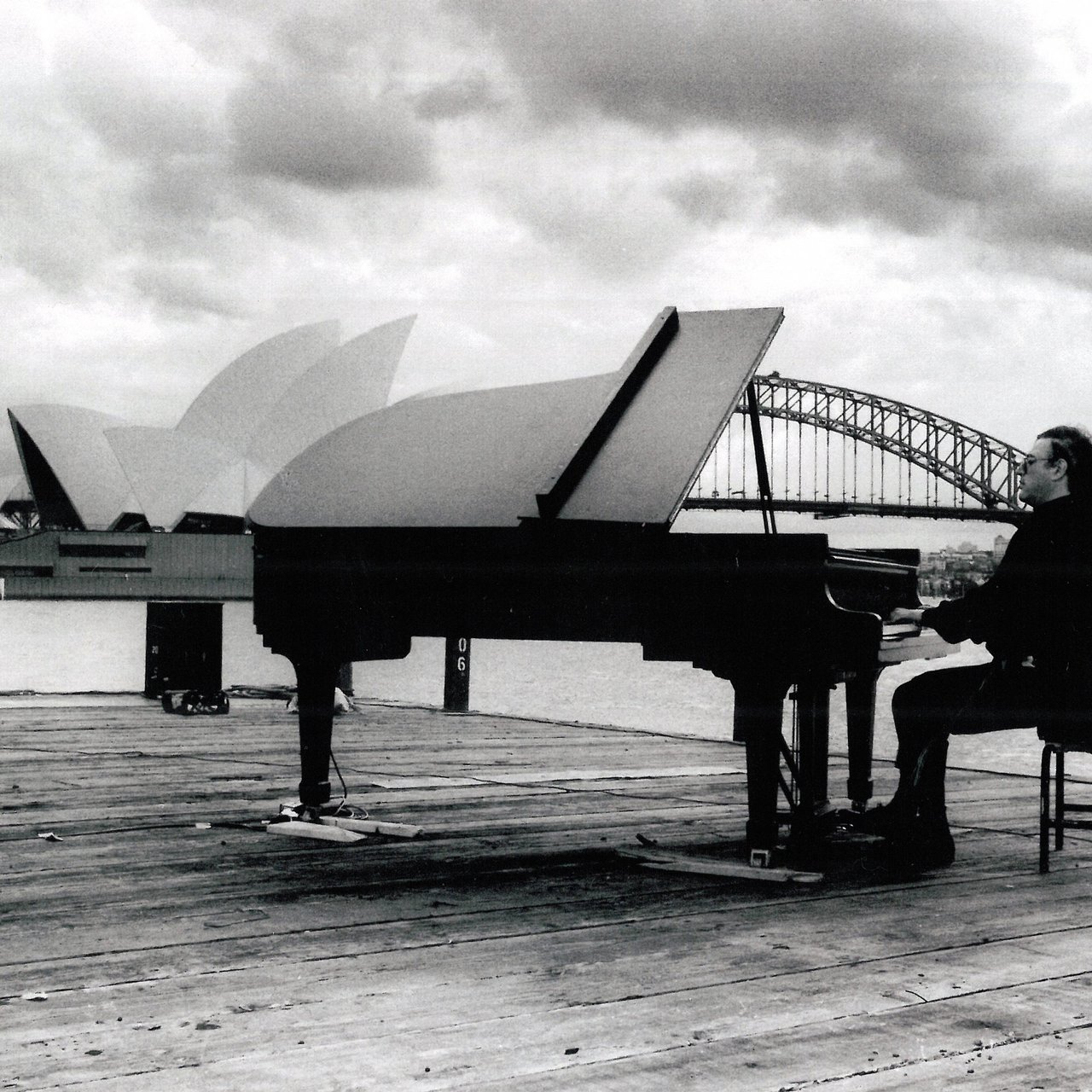 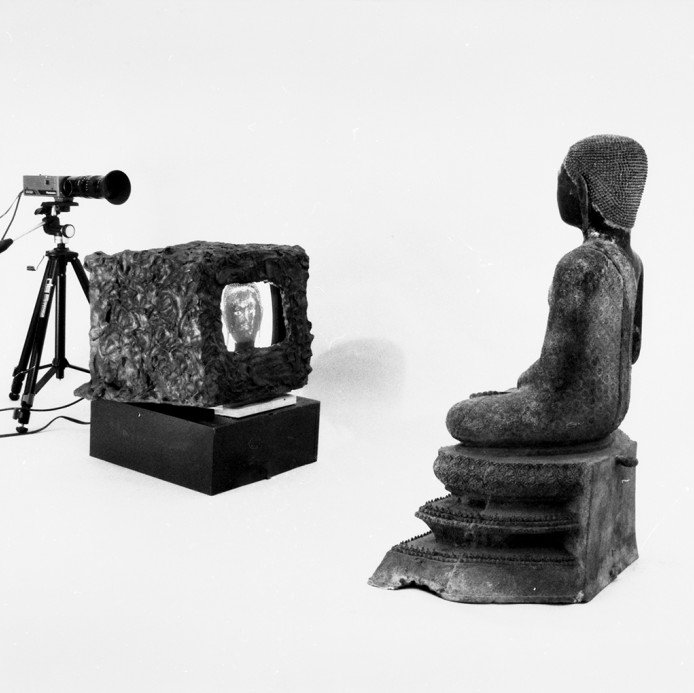 Nam June Paik, TV-Buddha, 1989. Artwork exhibited in the 8th Biennale of Sydney (1990) at the Art Gallery of New South Wales