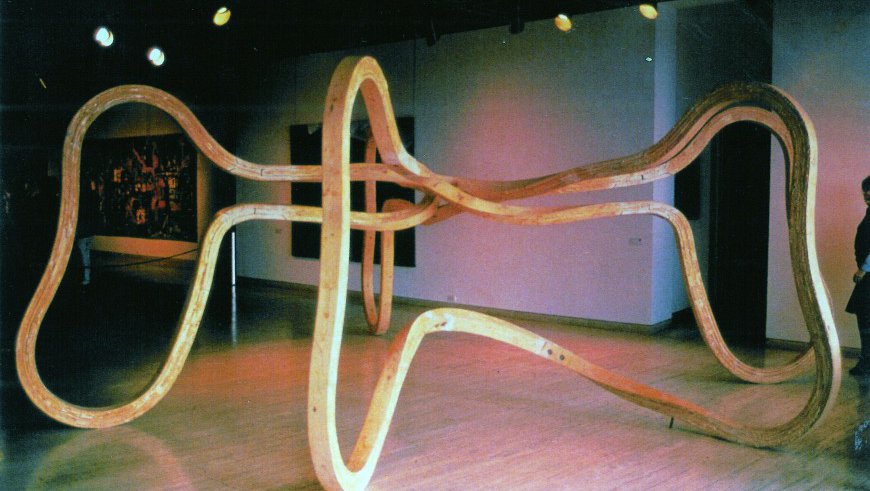 7th Biennale of Sydney (1988)
From the Southern Cross: A View of World Art

Taking place in the year of Australia’s bicentennial celebrations, the 1988 Biennale toured for the first and only time to other cities in Australia. The Biennale, the third to be curated by Waterlow, was presented at the National Gallery of Victoria with the support of the Australian Bicentennial Authority. Waterlow presented an Australian perspective on world art from 1940 onwards by including a broad range of Australian art alongside works by international peers and influences including Fernand Léger, Marcel Duchamp, Balthus, Max Beckmann and Willem de Kooning. As Waterlow wrote, ‘It was therefore possible to show seminal artists like Sidney Nolan alongside Léger, who had so positively influenced him …’. Pier 2/3 housed the moving Aboriginal Memorial, a forest of 200 hollow log coffins representing each year of European settlement in Australia. Commemorating Aboriginal people who had lost their lives defending their lands since 1788, the Memorial project was created by 43 artists from Ramingining and neighbouring communities of Central Arnhem Land in the Northern Territory. Initiated and organised by Djon Mundine OAM, it was commissioned by the National Gallery of Australia, where it is on permanent display. 1988 also saw the Biennale’s second visit from the vice squad, provoked by a large installation by Hermann Nitsch at Pier 2/3, and protests around Arnulf Rainer’s crucified teddy bear. A Japanese art and performance festival, Close Up of Japan, featured traditional drummers, butoh dancers, the Suzuki Company of Toga and a large outdoor installation by Toshimitsu Imai. 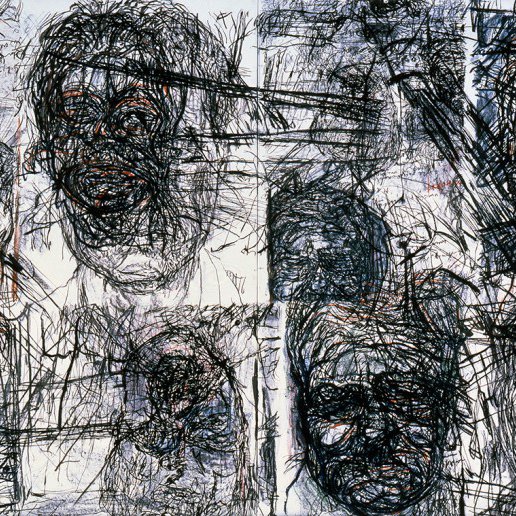 Mike Parr, Swine Fever (The Patch), 1987. Artwork exhibited in the 7th Biennale of Sydney (1988) at the Art Gallery of New South Wales 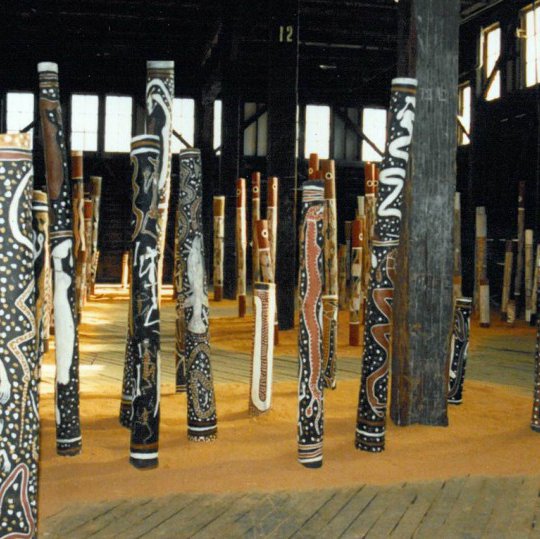 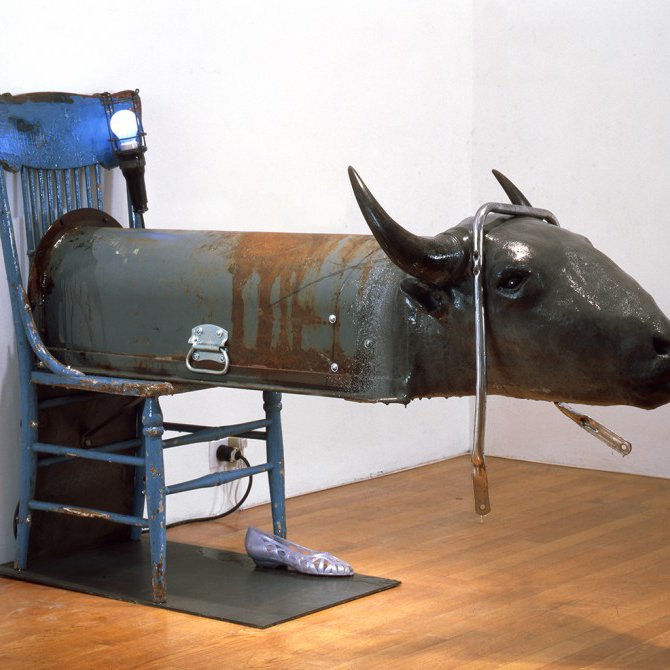 Ed & Nancy Kienholz, The Last Buffalo, 1986. Installation view of the 7th Biennale of Sydney (1988) at the Art Gallery of New South Wales