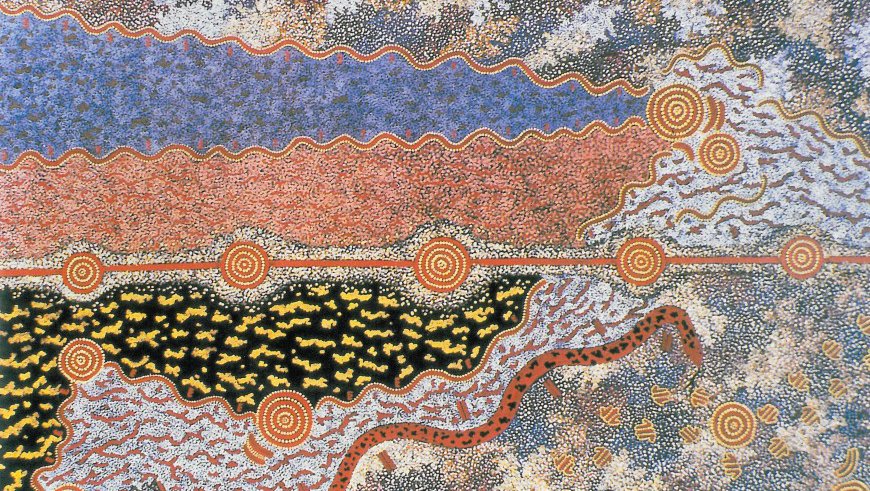 The second Biennale directed by Nick Waterlow featured a new venue, Pier 2/3 at Walsh Bay. The timber wharf, with its raw, cathedral-like ambience, made it possible for artists to experiment with scale, and inspired new works created specifically for the Biennale of Sydney. This edition, titled Origins Originality + Beyond, questioned concepts of originality in the work of artists as diverse as Malcolm McLaren, Miriam Cahn, Eric Fischl, Magdalena Jetelová, Jannis Kounellis, Rosemarie Trockel and Glen Baxter (whose work features on the 1986 catalogue and poster) together with Australian artists including Colin Lanceley, Anne Graham, Richard Dunn, Julie Rrap, Lyndal Jones, Tim Johnson, Hilarie Mais and Michael Nelson Tjakamarra. At a time when the transition between modernism and postmodernism was at its height, the Biennale explored the origins of form and imagery as well as practices of quotation and appropriation, also querying what would come next. The Biennale was concerned, wrote Waterlow, with ‘the artist as transgressor, the artist as code cracker’ – mediating and bringing awareness to the cultural shifts occurring ‘amidst the lengthening shadows of the late twentieth century’. With theorists Rosalind Krauss, Jean-François Lyotard, Hal Foster, Thomas McEvilley and Thomas Lawson contributing to the catalogue, and a series of forums and public programs, the 1986 Biennale was a comprehensive examination of the emergence of postmodern practices. 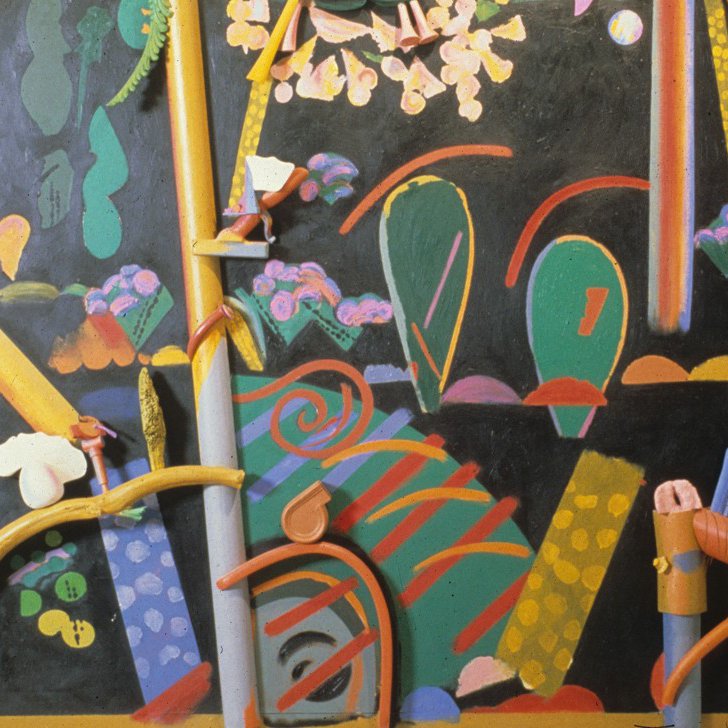 Colin Lancely, Songs of a Summer Night, Lynne’s Garden, 1985. Artwork exhibited in the 6th Biennale of Sydney (1986) at the Art Gallery of New South Wales 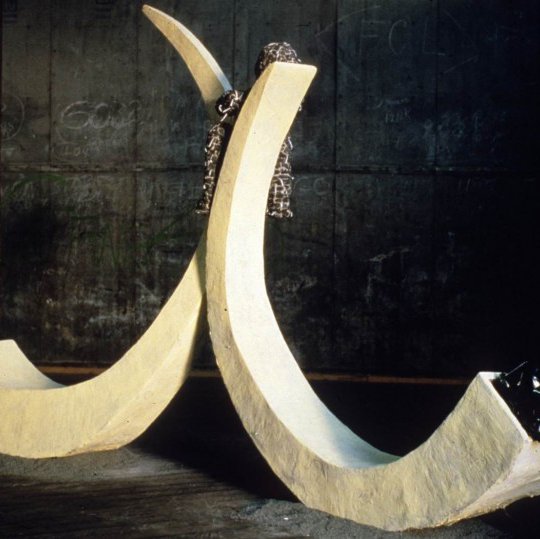