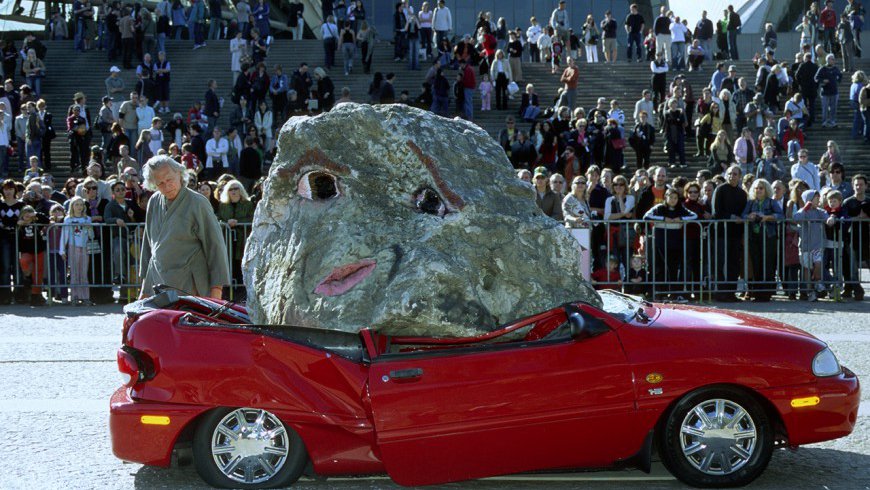 On Reason and Emotion proposed that emotion is crucial to human intelligence, with curator Isabel Carlos referencing the work of neurologist António Damásio as her starting point. Critiquing notions that reason and rationality are superior to emotion and feeling, the exhibition addressed clichés of ‘southern cultures’ and included many artists from southern Europe and South America. This consideration of place was reflected in the number of site-specific works that were created or re-made for the Sydney context. Outdoor spaces around the Sydney Opera House, Museum of Sydney and Royal Botanic Garden Sydney allowed for unexpected encounters with art to take place, and exhibition venues were all within walking distance of each other. Among other themes, connections between human consciousness and physicality were explored, in part a response to the pervasiveness of communication technologies. As such, several works emphasised being in the moment, or gave permission for feeling to be a valid response to art. Volunteers cradling a sculpture by Francis Alÿs walked daily from the MCA to the Art Gallery of NSW and back again. Jimmie Durham lowered a 2-tonne, anthropomorphised boulder onto a car in front of Sydney Opera House, a humorous yet double-edged gesture that commented on memorials and our relationship to the natural world. Still Life with Stone and Car, 2004, can be seen today on Hickson Road, Walsh Bay. 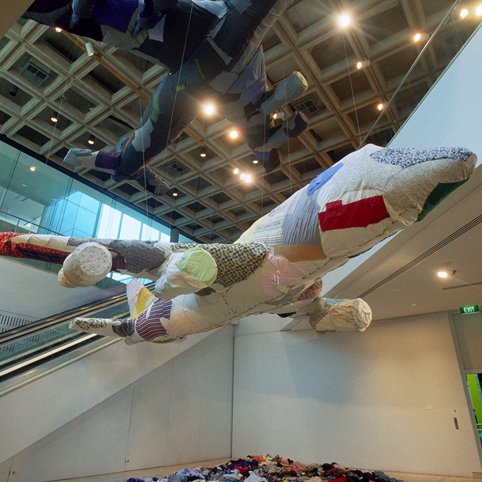 Yin Xiuzhen, International Flight, 2001–04. Installation view of the 14th Biennale of Sydney (2004) at the Art Gallery of New South Wales. Courtesy the artist