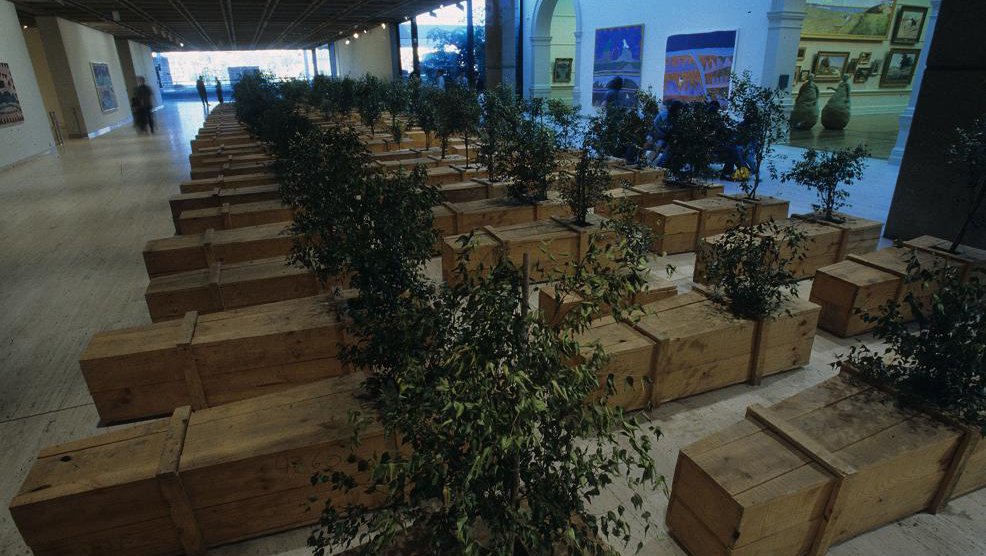 The Biennale of Sydney 2000 broke from the tradition of a single artistic director. In a strategy designed to distinguish the event in a year crowded with activity, Nick Waterlow OAM was invited to chair a selection panel of six curators and museum specialists from around the globe: Fumio Nanjo (Tokyo), Louise Neri (New York), Hetti Perkins (Sydney), Sir Nicholas Serota (London), Robert Storr (New York) and Harald Szeemann (Zurich). The curatorial collective was tasked with selecting living artists whose work had had lasting impact and ‘challenged the status quo in the past 15 to 20 years’. They were to be ‘outstanding and individual thinkers of this age, whose work has created controversy and caused attitudes to change’. The result saw senior artists such as Louise Bourgeois, Ilya and Emilia Kabakov, Sigmar Polke, Gerhard Richter and Richard Serra joined by artists equally significant in their regions: among others, Cai Guo-Qiang, Mariko Mori and Xu Bing from Asia; Doug Aitken, Vanessa Beecroft, Marlene Dumas, Juan Muñoz, Chris Ofili and Pipilotti Rist from Europe and the Americas; Seydou Keïta, Bodys Isek Kingelez and Shirin Neshat from Africa and the Middle East; and John Mawurndjul, Destiny Deacon, Ken Unsworth, Mike Parr, Rosalie Gascoigne, Lisa Reihana and The Pacific Sisters from Australia, New Zealand and the Pacific. Yayoi Kusama’s spectacular inflatables at Customs House and Yoko Ono’s Ex it, 1998 – 100 coffins planted with live trees at the Art Gallery of NSW – were among many memorable works. 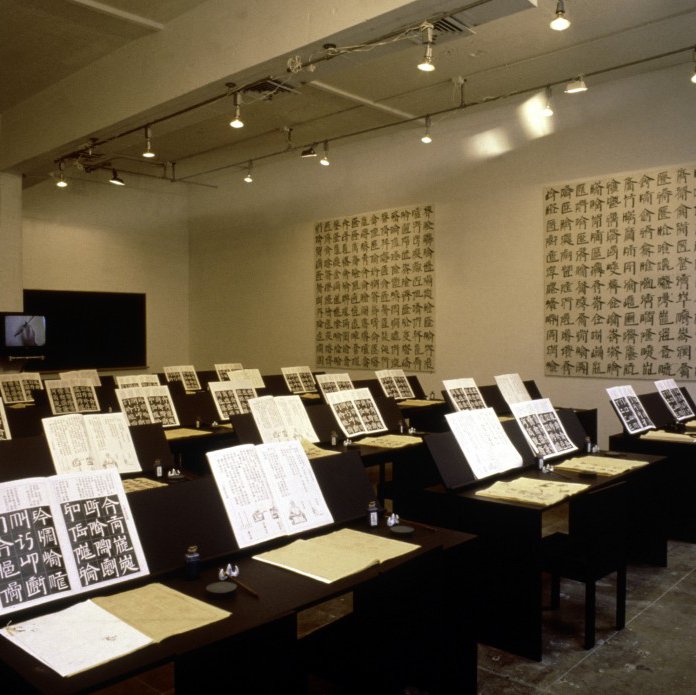